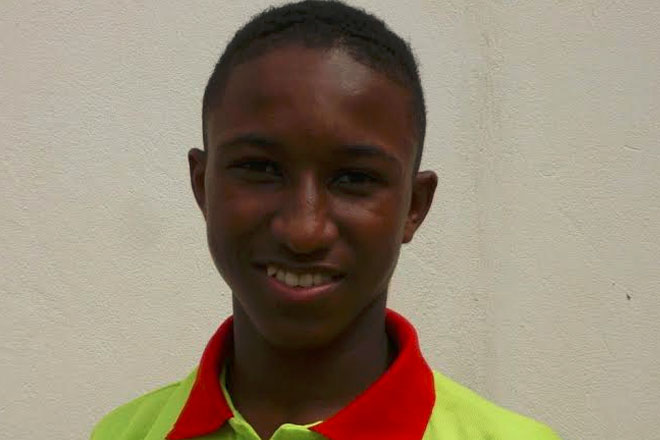 Sion Hill, St. Vincent And The Grenadines – A bossy hundred by Grenadian opener Devon Smith aided by senior team debutant Emmanuel Stewart propelled Grenada to 292 all out on the first day of the 2015 Windward Islands Senior Men Cricket Tournament being played here in St. Vincent and the Grenadines.

Played at Arnos Vale between hosts St. Vincent and the Grenadines and Grenada, Smith slammed an authoritative 147, while Stewart stroked 58, with Dennis Smith chipping in with 33, as Grenada totaled 292 all out after being sent in to take first knock on a placid Arnos Vale strip.

However the Grenadian innings imploded from 245 for 4, as Keron Cottoy grabbed a hat-trick, dismissing the last three Grenadians wickets; he finishing with 3 for 71.

Alston Bobb took four for 80, and Kenneth Denbar two for 54.

At the close, St. Vincent and the Grenadines were 14 for one; the batsman out Gidron Pope.

Over at Sion Hill where Dominica and Saint Lucia were playing, Dominica won the toss and sent Saint Lucia in to bat. Despite early alarms as moisture gave the Dominican opening bowlers plenty of assistance.

But the storm was weathered by Tarrick Gabriel and Johnson Charles, as the two began to find their feet, unleashing some furious strokes in the process.

Gabriel was lbw to Kevin James for 08, Charles was caught by Robinson at mid-off the very next ball after reaching his half-century, he departing for 52, and Awene Edwards scored 36 before he was bowled by Shane Shillingford.

Keddy Lesporis missed out on a half-century when he was bowled by Liam Sebastien for 49; the ball ricocheted off his body unto the stumps.

Wickets fell steadily but there was a halt to the procession with Dornan Edward 23, and Kevin Augustin 11 not out, engineered a small partnership before they were called in when the 200 run marked was reached; Saint Lucia declaring at 203 for 9. The other not out batsman was Loic Prospere on 04.

This was to prevent Dominica grabbing maximum bowling points, as the new points system does not allow for first innings points.

Polius to date as one for 40, and Prospere one for six. The other bowlers used are Kevin Augustin none for ten, Larry Edward none for 37, and Dornan Edward none for 23, with extras are six – two leg-byes and four byes.

The two matches at Arnos Vale and Sion Hill respectively go into the second and final day tomorrow. On Saturday Saint Lucia and Grenada battle at Park Hill, while Dominica and St. Vincent and the Grenadines clash at Arnos Vale.