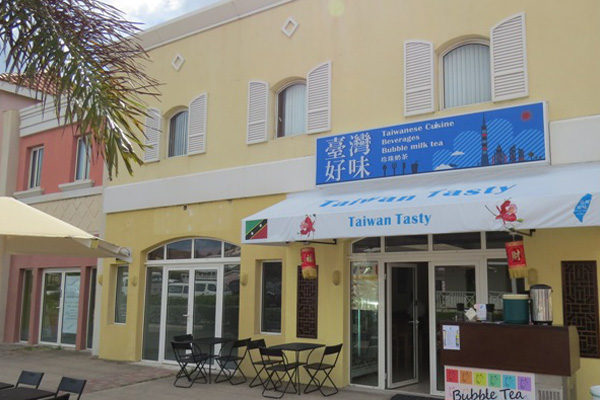 The Republic of China (ROC)’s Ministry of Foreign Affairs Republic has announced “Taiwan Tasty” has opened its doors in the capital of its Caribbean ally St. Kitts and Nevis early November.

The restaurant was officially launched on Nov. 1, said Florencia Hsieh, Deputy Director-General of the Department of Latin American and Caribbean Affairs in Taipei.

The China Post reported that during a trial run of the restaurant on Oct. 31, Taiwanese Ambassador His Excellency Miguel Tsao invited St. Kitts and Nevis’ Prime Minister the Rt. Hon. Dr. Denzil L. Douglas and several Cabinet members for a taste of genuine Taiwanese cuisine.

The restaurant is located in the Port Zante’s Duty Free Shopping Area that the next cruise season will see around one million tourists.

The opening of the restaurant marks a new page for Taiwanese investment in the Caribbean ally nation.