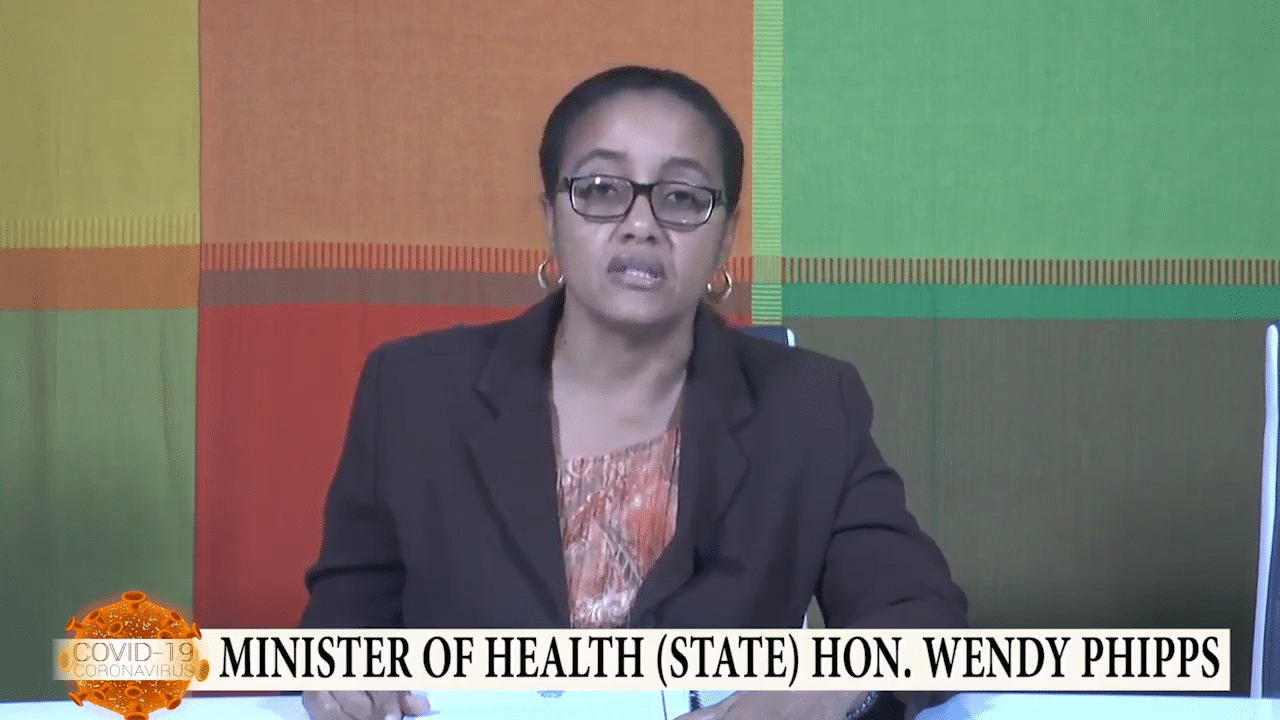 (ZIZ News) — The first two cases of Covid-19 have been confirmed in St. Kitts.

Minister of State Responsible for Health Hon. Wendy Phipps made the announcement in an address to the nation on Wednesday.

The health minister said both persons, a male and female, who are citizens of St. Kitts, have a travel history to New York and have been quarantined since their return to the federation.

Minister Phipps reminded that the virus was transported into the country and every effort is being taken to prevent the possibility of community or local transmission.

The Minister called on the federation’s citizens to remain calm and follow the advice of the Ministry of Health.

Minister Phipps also informed that cabinet has accepted the recommendation for the closure of schools at the end of the school day on Wednesday.

No cheques being paid at social security building on Friday April 3, says Minister…