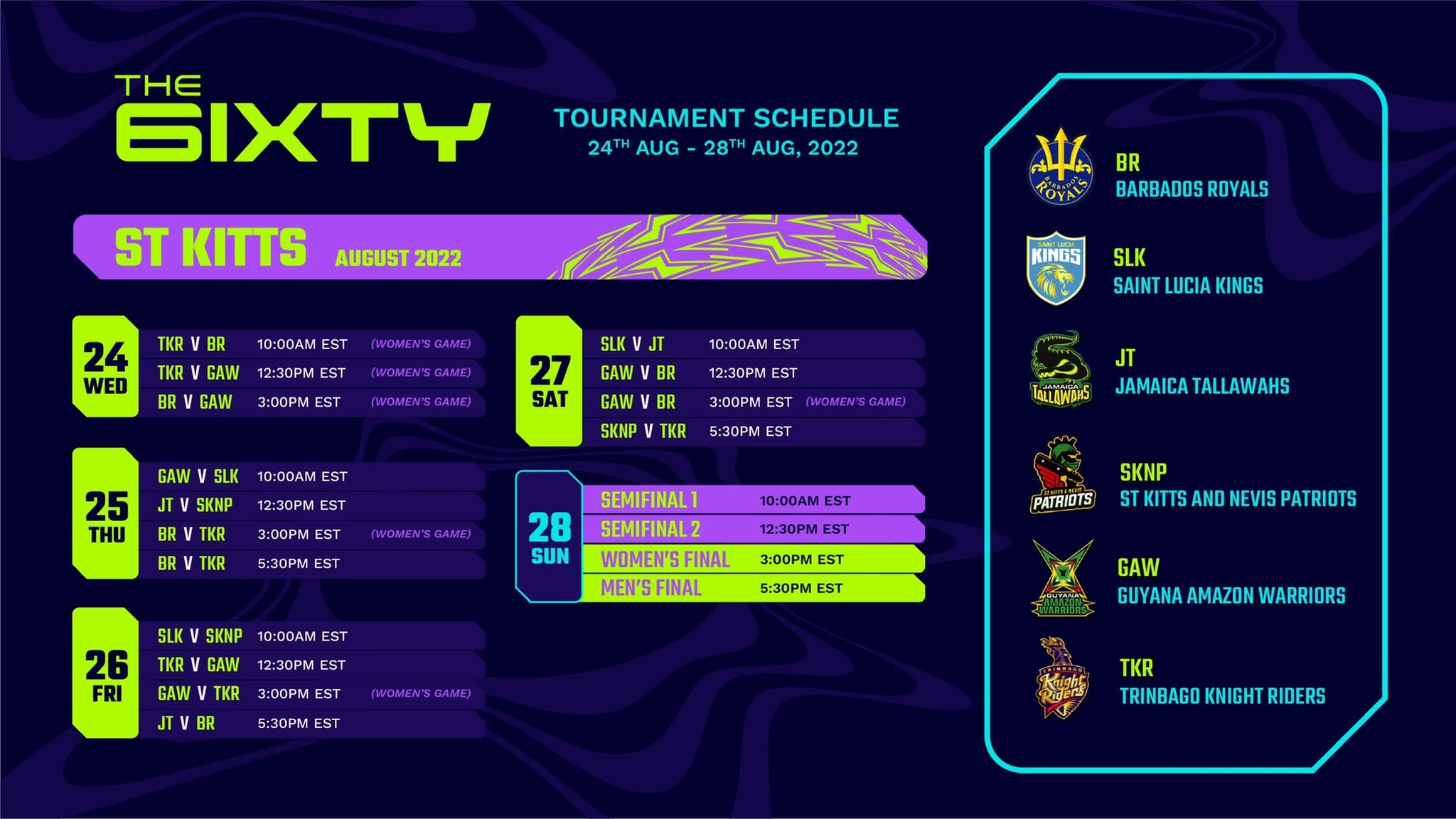 July 1, 2022 (CPL) — Fixtures for the inaugural Men’s and Women’s SKYEXCH 6IXTY have been announced.

The 6IXTY gets underway on 24 August with all matches taking place at Warner Park, St Kitts. The tournament will see 12 Men’s matches and seven Women’s matches over five days of fast-paced action.

The Men’s and Women’s teams will be competing for their respective versions of the Universe Boss Trophy, named in honour of tournament ambassador, Chris Gayle.

The tournament will feature new innovations which will take T10 cricket to the next level. Fans can look forward to the following at The 6IXTY:

The fixtures for 2022 SKYEXCH 6IXTY are as follows: