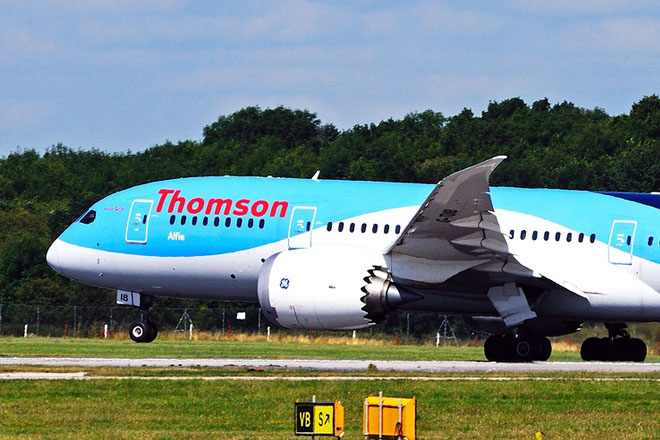 Hamilton, Bermuda, CMC — Two British men were left scrambling for cash to avoid going to jail after each was fined US$3,000 in a Magistrates’ Court on Monday for using threatening behaviour towards crew members on a Mexico-bound flight from Britain that the captain was forced to divert to Bermuda.

Daniel Taylor, 37, from Worthing, West Sussex, pleaded guilty to using threatening behaviour by hitting himself on the head with clenched fists and taking an aggressive stance towards cabin staff.

Richardson said he regretted the incident and that he had mixed sleeping pills, which he took because he had a fear of flying, and vodka, which led to his behaviour.

Taylor, who said he also took sleeping pills, said ‘it was the most embarrassing day of my life.”

Prosecutor Larissa Burgess told the court that the men appeared intoxicated when they boarded Sunday’s flight bound for Cancun, Mexico, at Gatwick Airport.

Magistrate Khamisi Tokunbo ordered both men to pay fines of US$3,000 or face four months in prison in default of payment.

But their attorney Alexandra Wheatley asked the magistrate to reconsider the amount because the defendants instructed her that they had only about $700 in cash between them.

But the magistrate refused the request, saying: “This kind of behaviour is not acceptable.”

He added that taking sleeping pills was not an excuse and that the fine was lenient enough.

“In these times it could be a lot harsher — you can’t mess around in the air these days,” he said.

Burgess said the defendants were seated apart, but kept moving around asking for drinks and, at one point, Taylor stepped on a flight attendant’s foot.

The court heard that the men then began shouting and swearing, and on being told to stop doing so, they exclaimed “we are drug dealers”.

Burgess added that Richardson then wanted to buy peanuts from a flight attendant and Taylor threw his wallet across the cabin to Richardson. When Richardson threw it back it hit a passenger on the head.

Burgess said they were told that this was unacceptable and Taylor proceeded to throw the peanuts and pound coins at the flight attendant, saying he did not want either.

Taylor refused a final written warning from the flight attendant, who notified the pilot of the incident.

The pilot then diverted the flight to Bermuda, where the defendants were arrested.