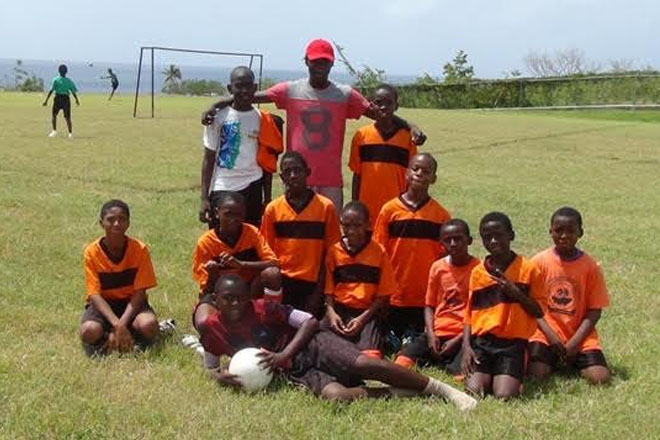 (Sports Page) — The 2015 Primary Schools Football tournament started in earnest on Friday 9th October. There was no official opening ceremony but at least one match was played.

The defending champions, CPS eventually overpowered their opponents with a scoreline of 3 goals to nil.

Coach Skidder for the VOJN Primary School was not despondent. He indicated that his boys were really not outplayed but just missed some crucial chances. He was adamant that they will win their remaining matches and be a force to be reckoned with in the finals.

New Coach for the CPS team, Ziggy Newton, was elated. He noted that his team played in accordance with the game plan and congratulated the goal scorers and the entire team for their efforts

He stated that he expected his team to continue the winning ways right throughout the tournament.

Here is a schedule of matches slated for this week:

IWPS v EPPS at the Flats

MCPS v NAC at the ETW

EPPS v JLPS at the Flats