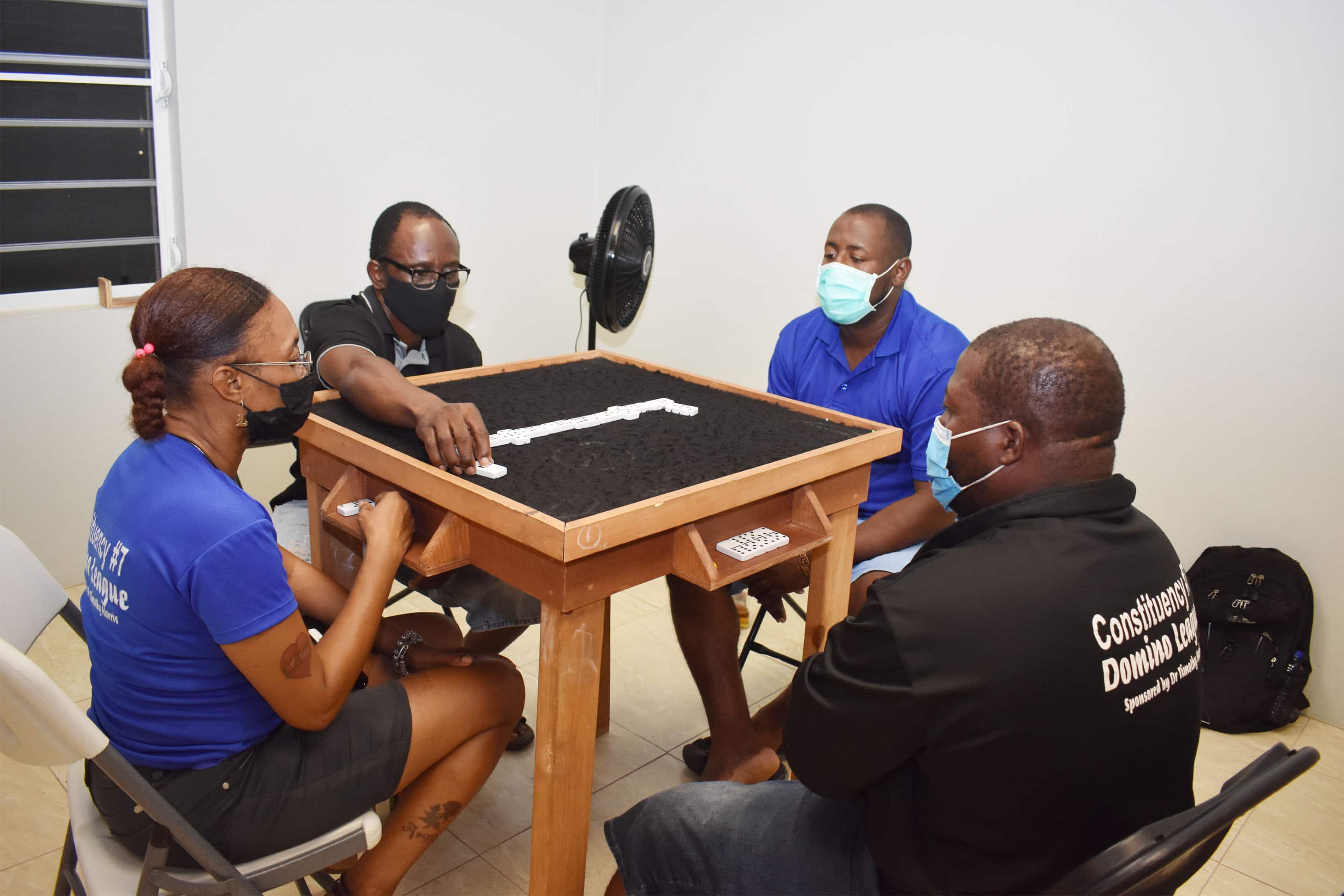 Former champion team Lodge Domino Club did almost the unthinkable when they whitewashed Saddlers Domino Club 13-0 in a game that lasted under three hours. The pair of McAllister Thomas and Javed Thomas of Lodge won seven games, one of them a bonus game after they would have scored 100 points before their opponents could get a single point.

Also doing damage to the team from Constituency Number Six, Saddlers, were O’Niel Thomas and Edison Parris of Lodge who between them won six games, with two of the games earning the runaway 100 points before Saddlers players could get their dominos in order.

The game that took an even shorter time, under two and a half hours, was the one that showcased another former champion team Unity Domino Club as they beat Small Corner Bar Domino Club 14-5.

Starring on Unity side were Captain Desmond ‘Fergie’ Rawlins who paired with Antonio ‘Mash’ Phillip to win three games when they scored 100 points against none by their opponents for them to be awarded three bonus games. Everton Boon who returned after a long layoff teamed up with Bernard Wilson to get two bonus games, while Simeon ‘Cuban’ Liburd and Everton Boon won two bonus games for Unity.

At the end of the eighth segment of play in the 26th edition of Constituency Number Seven Dr the Hon Timothy Harris Domino League, former champion team Unity has widened its lead and remains at the top of the points standing table with 41 points. It is followed by Parsons 30 Points, Lodge 27 points, and Christ Church 26 points.

Ninth segment of play in this only round of play in the 26th edition of the league will play off on Tuesday October 26 at the same venue. The games will be Tabernacle vs. Saddlers; Parsons vs. Unstoppable; Unity vs. Mansion; Molineux vs. Lodge; Phillips vs. Sylvers; Small Corner Bar vs. Ottley’s; and Guinness vs. Christ Church.

In the meantime, the delayed game between Ottley’s Domino Club and Molineux Domino Club has been rescheduled and will now be played on Sunday October 24 at the new Lodge-Ottley’s Community Centre at 5:00 p.m.