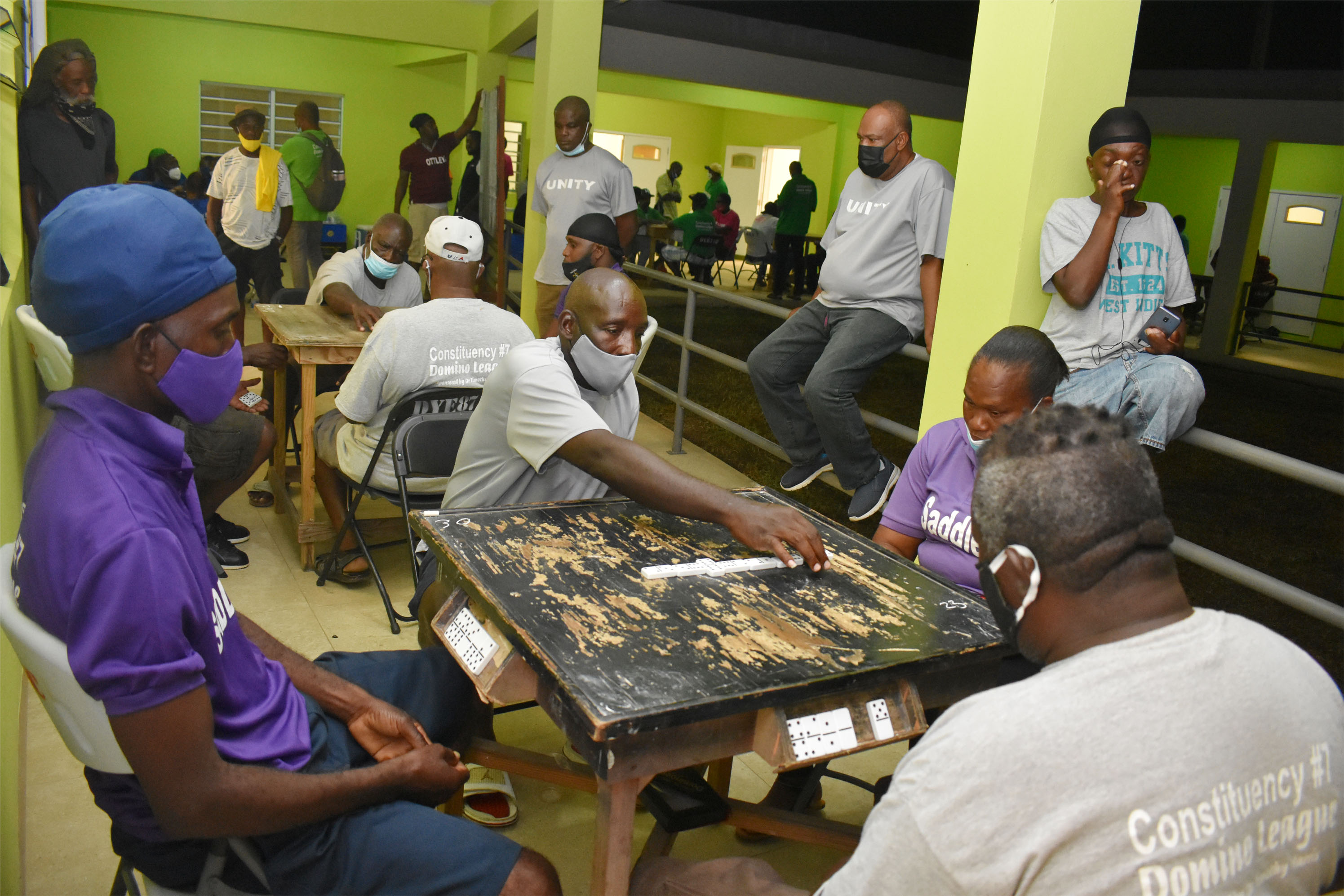 This was however not the case as it related to the seventh game, as it went down to the wire with Phillips Domino Club winning by the skin of their teeth over Small Corner Bar Domino Club whom they edged out 13-12 to share the spoils, as the losing team collected one point.

The first results of the evening were posted by Captain of the defending champion team Tabernacle Domino Club, Lionel Nisbett, after his team that was leading 12-5 crushed Ottley’s Domino Club with a splendid final game by Kerone Roache and Ryan St. Marie who handed their opponents a 100-0 whitewash that earned them a bonus game for the overall 14-5 win.

The team from Hidden Alley in Lodge Village, and the only one in the fourteen-team tournament captained by a female, Sylvers Domino Club, sent shock waves around the ultra-modern community centre, by handing former champion team Parsons Domino Club a 13-5 beating.

In a rescheduled game that was played on Sunday, October 31, at the new Lodge-Ottley’s Community Centre, Mansion Domino Club edged out Molineux Domino Club 13-12.

At the end of the eleventh segment of play in the 26th edition of Constituency Number Seven Dr the Hon Timothy Harris Domino League, former champion team Unity is still firmly at the top on the points standing table with 54 points. It is followed by Lodge who have 44 points, Phillips 41 points, and Molineux 38 points.

The twelfth segment of play in this single round of play in the 26th edition of the league plays off on Thursday, November 4 at the new Lodge-Ottley’s Community Centre, where defending champion team Tabernacle will face it off with the former champion team, Parsons, and leader on points standing table Unity will come up against Molineux.

Other games will be, Saddlers vs. Guinness, Mansion vs. Ottley’s, Phillips vs. Unstoppable, former champion team Lodge vs. Sylvers, and Small Corner Bar vs. Christ Church.