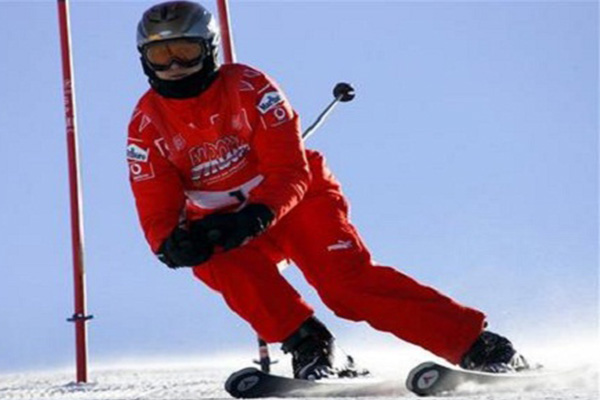 The Grenoble University Hospital Centre said the retired racing driver arrived at the clinic in a coma and underwent immediate surgery for a serious head trauma.

It was not clear whether the 44-year-old Schumacher was still in a coma but the hospital statement, which was signed by a neurosurgeon, an anesthesiologist and Marc Penaud, the hospital’s deputy director, said “he remains in a critical condition.”

Schumacher fell while skiing off-piste in Meribel earlier Sunday and hit his head on a rock, according to a statement from the resort. Resort managers said he had been wearing a helmet and was conscious when rescuers first responded to the scene.

Earlier in the day, the Meribel resort said Schumacher had been taken to Grenoble for tests and authorities said his life was not in danger.

But the situation began to appear more serious when the resort said that orthopedic and trauma surgeon Gerard Saillant had travelled from Paris to the hospital in Grenoble to examine Schumacher. German news agency dpa said it was Saillant who operated on Schumacher when he broke his leg during a crash at the Silverstone race course in 1999.

In an email to The Associated Press, Schumacher’s manager Sabine Kehm said the champion German driver was on a private skiing trip and “fell on his head.”

“We ask for understanding that we cannot give running updates on his condition. He wore a helmet and was not alone,” Kehm said. Schumacher’s 14-year-old son was skiing with his father when the accident happened, the resort said.

As news of the accident spread, Formula One drivers used social media to wish Schumacher a quick recovery.

His former Ferrari teammate Felipe Massa, who recovered from life-threatening injuries sustained at the Hungarian Grand Prix in 2009, wrote on Instagram: “I am praying for you my brother!! I hope you have a quick recovery!! God bless you Michael.”

The Twitter feed of Germany’s Adrian Sutil, who drives for Sauber, read: “I hope Michael Schumacher will get well soon! All my best to him and his family.” Romain Grosjean of Lotus tweeted: “All our thoughts to Schumi and his family! Hope you will recover soon (hash)legend (hash)Schumi.”

Support also came from leading German sports personalities, ranging from the NBA to soccer. Dallas Mavericks power forward Dirk Nowitzki said his thoughts were with Schumacher, while Lukas Podolski, who plays for Arsenal in the English Premier League, tweeted: “Bad news from Switzerland: please get well soon, Michael Schumacher. All the best for you, my friend! (hash)getwellsoon (hash)MichaelSchumacher.”

In addition to the crash at Silverstone, Schumacher was hurt seriously in a motorcycling accident in February 2009 in Spain when he suffered neck and spine injuries. He recovered sufficiently from those injuries to make a comeback in F1.

Schumacher initially retired from F1 in 2006 after winning five straight titles with Ferrari following two earlier ones with Benetton. He returned to the sport in 2010 and drove for three seasons for Mercedes without much success before retiring again last year.