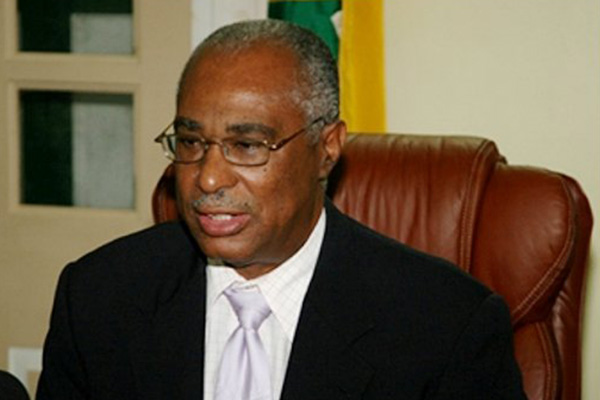 Former Premier Parry says “Unity Construct has no foothold in Nevis, no foundation in Nevis and no interests in Nevis”

(CUOPM) – Stating that the people of Nevis has no interest in the so-called Unity construct, former Premier of Nevis, the Hon. Joseph Parry says the CCM faction of Premier the Hon. Vance Amory “needs an excuse to wiggle” out of it.

In remarks on Freedom FM 106.5 “Good Morning St. Kitts and Nevis,” Mr. Parry said he was informed that the UNITY Leader, Dr. the Hon. Timothy Harris has stated that his group will take seats in Nevis.

“It will not happen. It is not going to happen and it is very important for me to state that in St. Thomas Parish, which is my constituency, less than 2% of the people have any interests in a Unity Construct. In St. Pauls Parish, less than 5%; in St. John’s Parish, less than 5% and in St. James less than 5%. The only constituency that demonstrates some interests in the Unity Construct is Gingerland and it had about 25% on the basis that Mr. Mark Brantley will be the Prime Minister,” said Mr. Parry, disclosing: “You take Mr. Mark Brantley out of the equation and the numbers fall considerably, so I would say this, and that is, that the people of Gingerland are opportunistic in their pursue of this matter.”

He said the information suggests that “Unity has no foothold in Nevis, no foundation in Nevis and no interests in Nevis.”

Mr. Parry, the Political Leader of the Nevis Reformation Party (NRP) said he has heard and received signals from people close to the Premier of Nevis, the Hon. Vance Amory, “who seems according to them to be sending out signals that they don’t even want UNITY to have any meetings in Nevis and that he has no interest in the Unity situation. It therefore seems to me that the problem that is faced by the Concerned Citizens Movement at this moment is simply this. Having accepted the help and having partnered themselves with the Unity people in the last Nevis election, they now find themselves in a position where they need an excuse to wiggle out of it.”

He said there are cracks in the governing CCM administration on its involvement in the Unity arrangement with the People’s Action Movement (PAM) and the People’s Labour Party (PLP).

Mr. Parry cited internal disagreements over several issues as cracks in the CCM Government that lead to the recent Cabinet reshuffle.

“I am satisfied that as far as the argument over land for debt swap is concerned, that is dead, dead in St. Kitts and dead also in Nevis. Am I am satisfied that this business of Unity is also dead because whatever was the real reason for the formation of this movement, the reason that was given to the public had to do with land for debt swap and that has been blown away,” said Mr. Parry.

Well-known Nevisian Everton “Obi” Elliott reported that during a recent meeting with Nevisians in the Washington DC area, the Unity Construct was discussed.

“People raised concerns about how it’s going to work for Nevis and why the need for it. One lady was very concern at the prospect of having a long running Labour member (Hon. Dr. Timothy Harris of the People’s Labour Party) being the leader of UNITY and she express strong doubts that it can be effective in its present construct. Another person challenged the Premier on the whole concept of UNITY which he states run counter to the CCM party stance of the desire for Nevis Independence,” Mr. Elliott posted on his Facebook page.