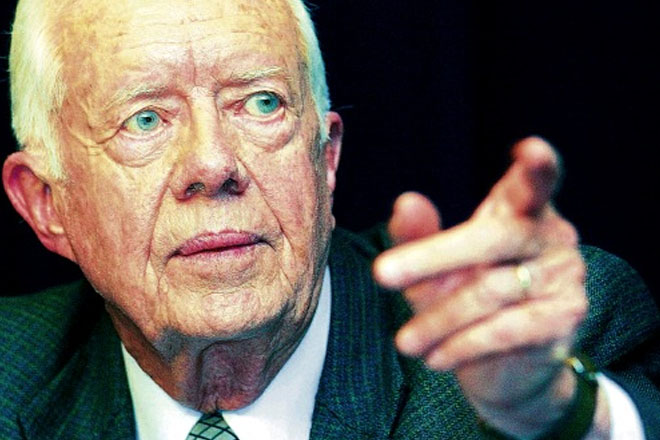 “I call on GECOM to urgently publicize all of the results that it has received and reviewed in Georgetown. Political leaders should act responsibly and allow GECOM to continue its work,” Carter said.

“The law provides for recounts, and the submission of election petitions following the declaration of results by GECOM,” he added.

The ruling People’s Progressive Party Civic (PPP/C) has said it wants a recount in all 10 regions of the country while the opposition coalition – A Partnership for National Unity (APNU) and the Alliance for Change (AFC) – has given the electoral authorities a 24 hour deadline to make a “definitive’ statement on the election impasse.

Carter, who led an observer mission from the Carter Center, said “all sides should avoid taking unnecessary actions that could contribute to a climate of fear or threaten peace.

“I urge the Guyanese people to remain patient and to reflect the dignity and integrity of what took place on Election Day. The voters have spoken and the results will be available soon.”