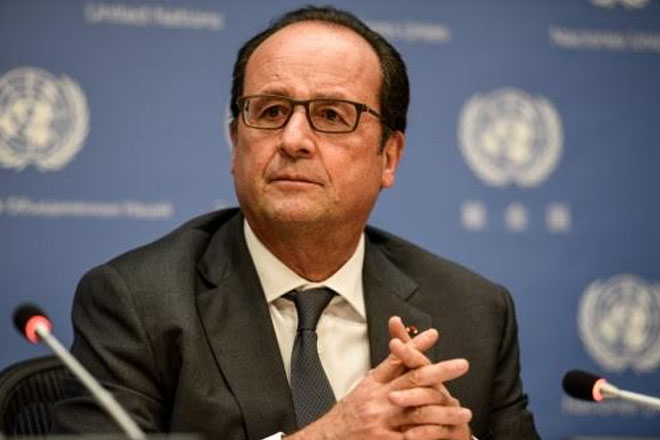 France: ‘Too late’ for world if no climate deal in Paris

United Nations, United States (AFP) — Reaching a successful climate deal in Paris at the end of the year is the last chance to save the planet, France warned the United Nations Monday.

Without “this decision in Paris… it will be too late for the world,” President Francois Hollande said in his address to the General Assembly.

The UN-led conference in Paris, which starts at the end of November, aims to seal a wide-ranging agreement to limit the worst effects of climate change.

Hollande sounded a note of optimism after China and the United States signed a “joint vision” ahead of the Paris summit, and China committed to a domestic “cap and trade” carbon exchange.

“We have moved forward over recent months,” he said.

“Very strong declarations were made by those countries who are most responsible for global warming… the United States and China, which undertook commitments towards changing the situation.”

He also pledged that France would increase its financial commitment on climate from three billion to five billion euros ($3.4 to $5.6 billion) between now and 2020.