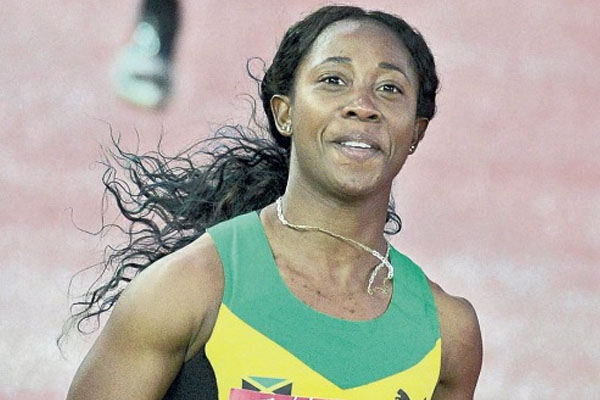 GLASGOW, Scotland — Jamaica’s sweetheart of track and field Shelly-Ann Fraser-Pryce admits she is not fully fit.

The triple gold medallist at the Moscow World Championships last year said her road back to full fitness after struggling with a foot injury in recent months, has taken her near her best.

The 27-year-old Olympic gold medallist over 100m in Beijing, China, and London, England, hinted that her super 2013 season, which saw her winning among other things the IAAF Female Athlete of the Year Award, came with a price.

“Last year has been an incredible year for me… I think I needed a little bit of rest but I didn’t listen to my body as much as I needed to, so as a result I got injured and it’s just something that I am coming back from,” she said after her blistering final leg of the women’s 4x100m relays at the XX Commonwealth Games on Saturday night.

The women’s team, which included Kerron Stewart, Veronica Campbell Brown and Schillonie Calvert, won the gold in a games’ record and world-leading 41.83 seconds.

In Friday’s semi-final, the team equalled the Commonwealth Games record of 42.44, again with the ‘Pocket Rocket’ blasting to the wire as anchor woman.

Fraser-Pryce’s performance in the two relay legs here betrayed the true state of her current fitness, but says her hunger for competition drives her to put out the best at all times.

“It’s slow (recovery) but I am getting there, but at the same time I still enjoy competing… it still feels good to compete mentally and to make sure you are there and that’s very good for me because it keeps me on the edge,” said the MVP top female act.

Even as track athletes pursue individual glory in keeping with the nature of their game, performing as a team brings a rare thrill that the top-billed athletes can’t seem to get enough of.

“Relays are not an individual effort, it’s a team effort and I believe that we have the raw talent and the ability to do tremendously well in the relays. We just need to get solid times when all the girls are in top shape, and I definitely believe we can do great things… so running the relays is always a good thing,” she said.

“I actually wanted to run an individual event at the Commonwealth Games and that didn’t happen, but at the same time I got to be a part of the relays and to get my first Commonwealth gold medal as a team, and that’s pretty awesome,” Fraser-Pryce told Jamaican journalists on the final day of track and field.