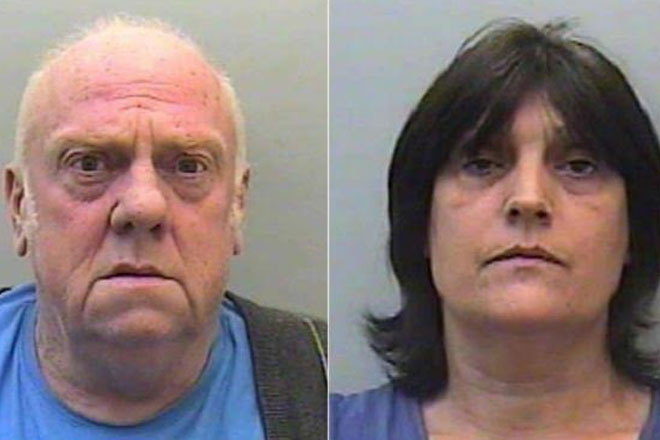 (BBC) A husband and wife who were friends of the serial killers Fred and Rose West have been jailed for sexually abusing 10 children over a 15-year period.

David Williams, 57, was sentenced to life in prison and Pauline Williams, 53, was jailed for 12 years plus four years on extended licence.

The couple, from Bradninch, Devon, became friends of the Wests in Gloucester in the 1980s.

They were found guilty of a string of sex attacks in October.

The court heard David Williams boasted of his connections with the Wests, who drank at the Prince Albert pub he ran in Gloucester.

The couple started abusing children in the late 1980s when they were running the pub. One victim was seven years old.

They ran the Victoria Inn in Exeter after moving to the city in the 1990s, where they went on to abuse a string of teenagers.

They denied a total of 46 charges of sexual and physical abuse dating between 1989 and 2004.

David Williams was found guilty of 10 rapes, 13 indecent assaults, five counts of gross indecency, two of cruelty and one of sexual activity with a child.

Pauline Williams was found guilty of two rapes and five indecent assaults. They were found not guilty of eight other allegations involving two other complainants.

Det Con Debbie Dow, from Devon and Cornwall Police, said: “David and Pauline Williams carried out a string of sickening and callous sexual attacks on children and teenagers without remorse over a 15-year period.

“These victims, both men and women, had their childhoods stolen by David and Pauline Williams and all have suffered difficulties throughout their adulthood following this abuse as they struggled to live normal lives.”