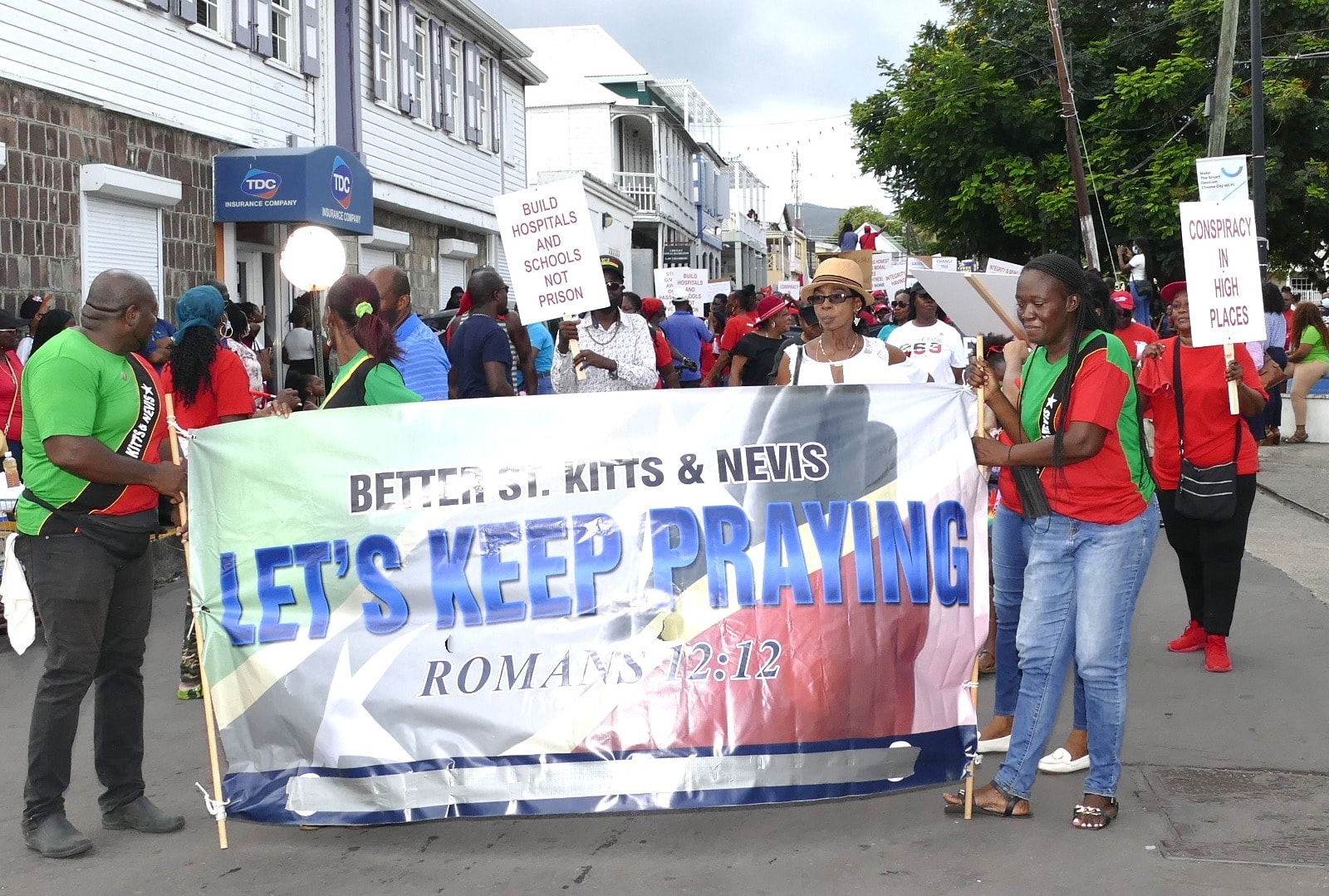 Basseterre, St. Kitts, July 4, 2022 ( ZIZ Newsroom) — Persons from all walks of life took to the streets of Basseterre on Friday afternoon for what was dubbed “The Freedom March”.

The March was organized by the St. Kitts Nevis Labour Party and according to a previous press, release participants were invited to march for a better St. Kitts and Nevis.

According to a participant, while the march was organized by the SKNLP it was open to everyone who wished to take part.