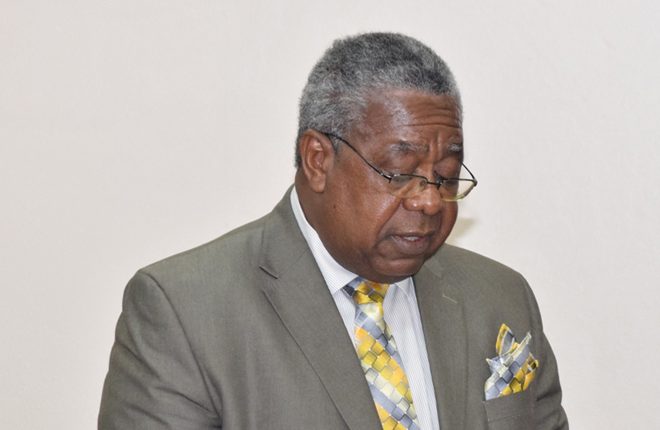 Freedom of Information Bill 2018 successfully passed into law in St. Kitts and Nevis

(SKNIS): After much vigorous debate between Members of Parliament in St. Kitts and Nevis, the Freedom of Information Bill 2018 was successfully passed into law on Thursday, May 03.

The Bill is to promote maximum disclosure of information in the public interest, to guarantee the right of everyone to access to information, to provide for effective mechanisms to secure that right and for related matters.

Mover of the Bill and Attorney General, the Honourable Vincent Byron, used the occasion to extend thanks to all for their contribution to the Bill, especially Senator Wendy Phipps, seconder of the Bill. He also thanked the Deputy Speaker of the House, the Honourable Senator Akilah Byron-Nisbett for her passionate support and presentation on the Bill.

“…It would be remiss of me not to pay my respects and I am sure that of the House for your sterling contribution… in supporting this Bill and bringing a different perspective to the need for freedom of information for young people, for women in terms of the opportunities, and understanding that there are economic and social opportunities involved in being able to understand and use this very important piece of legislation, said Minister Byron. “Madam Speaker, to tell you the truth we have to thank all the Members of this Parliament for their contribution. And I would also like to thank the Members Opposite because they brought their perspective to what this Bill is and should be.”

Attorney General Byron reiterated that passing the Bill allows for government to have a sense of openness, to be transparent and to allow people to understand what the government does and that it is doing it properly. Minister Byron noted that it is his hope that persons who viewed or listened to the debate got a clearer understanding of what it is supposed to do, while at the same time reiterating its purpose.

“Simply put, the Bill is to give to citizens of St. Kits and Nevis a right to access information that is held by public bodies and those other bodies that interact with the public and do work with the public,” said the attorney general. “The debate has brought out that this right to access information has been critical and it’s critical Madame Speaker, because once a citizen can ask the government questions that are relevant, it allows the government to… be on the straight and narrow to reduce the possibility of corruption and wrong doing. A citizen being able to question what the government do is of paramount importance for the concept of what is good governance”

The Freedom of Information Bill had its first reading on September 15, 2015.