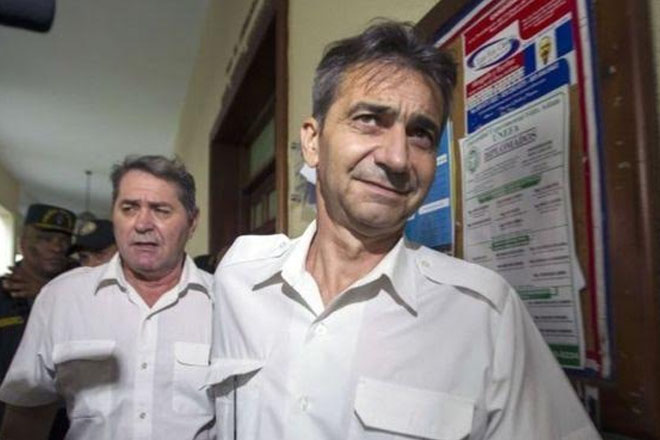 Two French pilots who were sentenced by a court in the Dominican Republic to 20 years in prison have fled the country.

Pascal Fauret and Bruno Odos were arrested in 2013 in the Dominican resort of Punta Cana.

Police said their plane was carrying 26 suitcases stuffed with 680kg (1,500lb) of cocaine.

The two pilots and two other Frenchmen on board were found guilty of drug trafficking. They denied the charges.

From there they sailed to the French Antilles and then flew to Paris.

The French government said it had nothing to do with their escape.
The pilots’ lawyer, Jean Reinhart, told AFP news agency that Fauret and Odos had returned to France “not to flee justice but to seek justice”.

Mr Reinhart said the two were not “escapees” as they had not escaped from jail.
They had been barred from leaving the country but had not been sent to prison because they were appealing against their convictions, Mr Reinhart explained.

He said that Fauret and Odos had contacted the French magistrate in charge of their case and were keen to clear their name.

Fauret and Odos along with Nicolas Pisapia and Alain Castany were about to leave the Dominican Republic on board a Dassault Falcon 50 jet when the suitcases full of cocaine were discovered on board.

Six months after the four were arrested, 22 people were detained over a massive cocaine haul found on an Air France flight from the Venezuelan capital, Caracas, to Paris.