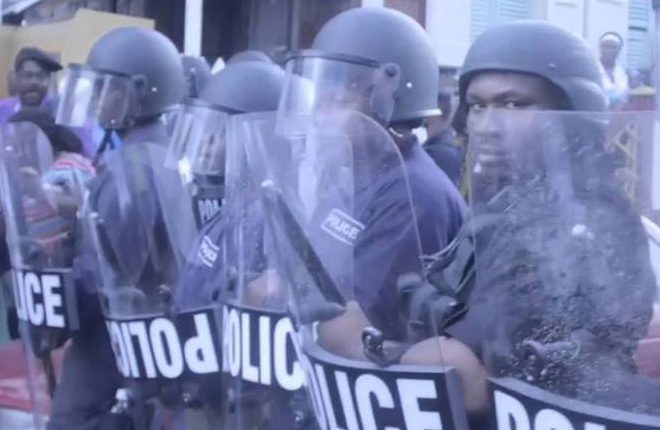 Basseterre, St. Kitts, September 01, 2018 (RSCNPF): On August 31, 2018 Security Forces were conducting a joint search operation for Vincent Taylor who was wanted for Armed Robbery and was a person of interest in the shooting death of Sergeant Leon Powell.

The operation was being done in the area of Bouncing Hill, Sandy Point sometime in the afternoon. During the operation, Taylor opened fire on the Officers injuring one of them. They returned fire and Taylor was shot and killed as a result. He was later pronounced dead by the District Medical Officer and the Police Officer was transported to the JNF Hospital where he is receiving medical attention for his injuries. He is listed as being in a stable condition.

Members of the Forensic Department visited and processed the scene and items of evidential value were taken into Police custody.