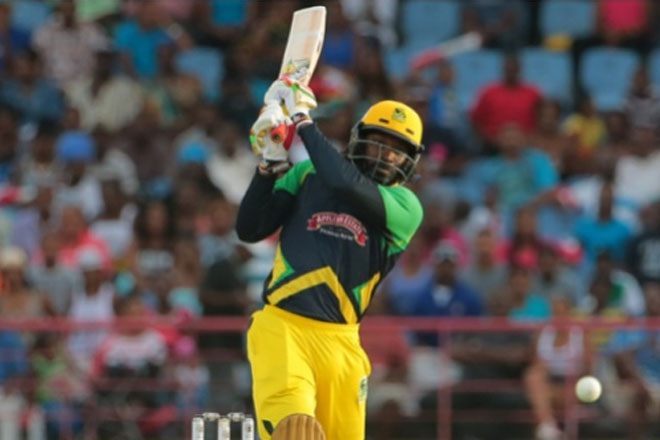 Tallawahs restricted Zouks to a paltry 118 for nine off their 20 overs and then raced to their target off a mere ten overs, to complete a convincing ten-wicket victory at the Beausejour Cricket Stadium.

The left-handed Gayle was at the forefront of the triumph, imposing himself on the Zouks attack with six fours and nine sixes in an innings consuming a mere 36 deliveries.

Such was his assault, he easily overshadowed opening partner Chadwick Walton who finished on a run-a-ball 25 not out with two fours and a six.

Opener Johnson Charles continued his good form with 29 and Englishman Kevin Pietersen got 26 but no other Zouks batsman made it past 14, as the hosts lost their last seven wickets for 24 runs.