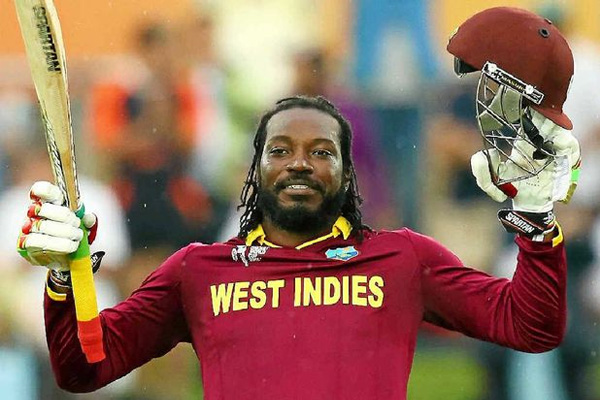 Canberra, Australia, CMC — Chris Gayle smashed the highest ever score in a World Cup and the fastest ever double hundred in one-dayers, as West Indies powered their way to 372 for two against Zimbabwe in their third Group B game here Tuesday.

The left-hander finished on a career best 215 off 147 deliveries while Marlon Samuels carved out unbeaten 133, innings that helped West Indies to the fifth highest total in World Cup history.

Gayle combined with Samuels to decimate the Zimbabwe attack in a phenomenal second wicket stand of 372 – an all-time record for any wicket in One-Day Internationals.

Overall, Gayle counted ten fours and an incredible 16 sixes, en route to a double century off a mere 138 deliveries. He became the only the fifth batsman to score an ODI double and the first non-Indian.

His knock was also the third highest in ODIs behind Rohit Sharma’s 264 last year against Sri Lanka and Virender Sehwag’s 219 against West Indies four years ago.

Samuels was reduced to a virtual spectator, despite chalking up his ninth ODI century in a career-best effort.

The two came together after Dwayne Smith was bowled without scoring by seamer Tinashe Panyangara off the second ball of the innings without a run on the board.

Gayle, who narrowly survived a very close lbw review in the same over before he had scored, then emerged from an uncertain start to flay the Zimbabwe bowling to all parts of Manuka Oval.

He raised his first hundred off 105 balls but required only 33 more deliveries to become the only batsman in history with an ODI double, Twenty20 International hundred and Test triple century.

Zimbabwe in response got to 289.