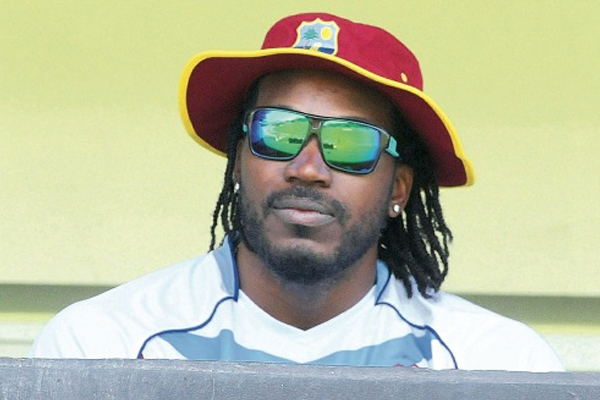 Gayle out of tomorrow’s ODI

The 34-year-old, who just returned from a lengthy absence due to a hamstring injury, was left out of the second and final Twenty20 (T20) International against the Irish yesterday after he complained of stiffness in his lower back, West Indies T20 captain Darren Sammy said.

The Jamaica Observer also understands that the powerfully built player also reported stiffness in his hamstring, and all precautionary measures will be taken ahead of the T20 World Cup in Bangladesh, which begins next month.

“He is really working hard on his fitness, but this morning he was feeling just a little soreness in his lower back and we decided we are not going to take the chance.

“He is very important for us and we have already lost the services of (injured Kieron) Pollard so we are giving Chris the best possible chance for him to be fit and recover nicely for us to use him in the future,” Sammy told reporters after yesterday’s 11-run win over Ireland.

The series-levelling victory prevented further embarrassment for the hosts after Ireland created history by winning the opening encounter on Wednesday by six wickets after restricting the reigning T20 world champions to a mediocre 116-8.

Gayle top scored for the West Indies with 18 in that encounter.