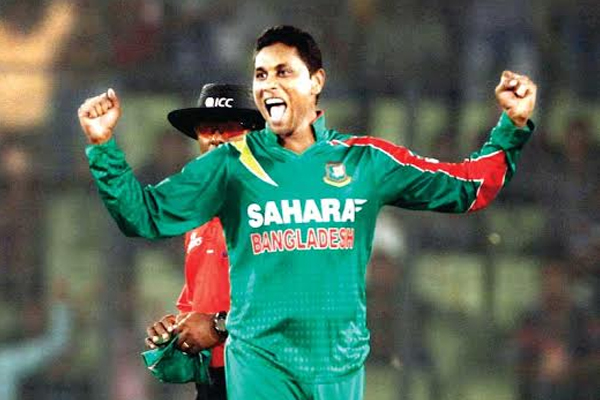 Sports Page– The Bangladesh offspinner, has been reported for a suspect bowling action following the second ODI against West Indies in St George’s. Gazi is likely to have his action tested at an ICC-accredited facility in Cardiff on September 19, making him available for the entire ongoing tour of West Indies.

“Sohag will be going to Cardiff and the ICC has said that the first available date would be September 19,” a BCB official told ESPNcricinfo. The results are likely to be known around two weeks after the test.

The match officials’ report, according to an ICC release, had “cited concerns regarding Gazi’s bowling action for all deliveries”. He will need to undergo testing within 21 days, as per ICC regulations.

Gazi, who has played ten Tests, 19 ODIs and nine T20s since his international debut in 2012, was reported once, two years ago, by an umpire in a tournament in Bangalore, where he was playing for Bangladesh A. The match referee had informed the manager, who let the BCB know of the matter. Since the report did not contain details of the problem, no further action or testing was undertaken.

Gazi is the fifth bowler – and the fifth offspinner – to have been reported for a suspect action over the past few months. Zimbabwe’s Prosper Utseya, Sri Lanka’s Sachithra Senanayake, New Zealand’s Kane Williamson and Pakistan’s Saeed Ajmal are the others.

The issue of suspect bowling actions had come up during the ICC cricket committee meeting in June, where there was a general consensus among members that the current methods used to detect illegal actions were imperfect. It recommended changes to help match officials get more support from biomechanists in order to identify illegal actions with “more confidence”.