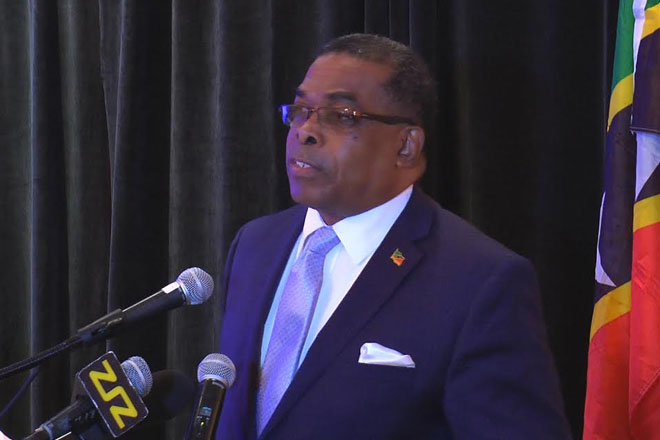 (ZIZ News) — Officials from the CARICOM Secretariat and the OECS Commission are partnering with the government of St. Kitts and Nevis to host a regional geothermal forum under the theme: ‘Opportunities And Synergies”

The three-day forum is being held at the Marriott Resort from May 10-12.

Geothermal energy has emerged as a priority within the Eastern Caribbean states including St. Kitts and Nevis and it is expected that the forum will stimulate discussions, highlighting the pros and cons of approaches within the region,

During the forum’s opening ceremony on Tuesday morning Minister of Public Infrastructure the Hon. Ian Liburd said the government is committed to using the natural resources available to replace fossil fuels.

“The Federation of St. Kitts and Nevis as a destination is therefore self-sufficient in opportunities for solar, wind and geothermal power development. For that reason, as a responsible administration it is not our intention to rely much longer on expensive and less environmentally friendly sources of energy,” he said.

Sustainable energy advisor at the Caribbean Development Bank, Joseph Williams said energy security is tied to overall development and the key to prosperity is to be dynamic, export oriented, competitive, inclusive, diverse and environmentally resilient… or decide.

“The promotion of sustainable energy as a means of addressing the challenges faced by most countries is a key dimension of responding to the call for countries to DECIDE. This is particularly true of geothermal development which remains one means through which Eastern Caribbean countries can significantly raise their growth trajectory and transform their economies,” he said.

Prime Minister of St. Kitts and Nevis, Dr. The Hon Timothy Harris also spoke of the Federation’s commitment to sustainability as indicated by the signing of the Paris Agreement on Climate Change at the United Nations in April.

“With the signing of the Paris Agreement, our Governments have committed to implement our national climate change action plans and to integrate them into our overall sustainable developmental goals. We have also been working on a Roadmap for increasing ambition over time to achieve the overall aim of limiting global temperature rise to well below 2 degrees Celsius,” he said.

A key output expected is the identification of areas and mechanisms for collaboration among countries within the Eastern Caribbean.

The meeting is aimed at high level officials from relevant ministries and government agencies, engaged in the development of geothermal projects within the countries of the OECS.