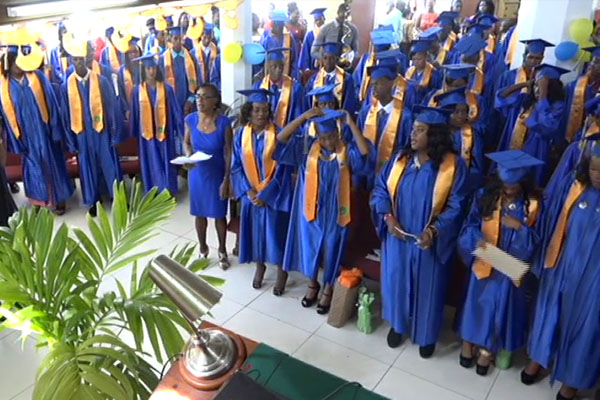 (ZIZ News) — Scores of teenagers graduated from the Gingerland Secondary School on Thursday morning during a ceremony at the Gingerland Methodist Church on Nevis.

The 41st annual ceremony was held under the patronage of Mrs. Jennifer Liburd and featured speeches by Chairperson Pearlivan Wilkin, and Premier and Education Minister the Hon. Vance Amory.

The school’s top scholar Cordiesere Walters walked away with several awards on Thursday.

The ceremony was punctuated with songs by the school’s choir and the graduating class and a poem by Aliyah Sampson.