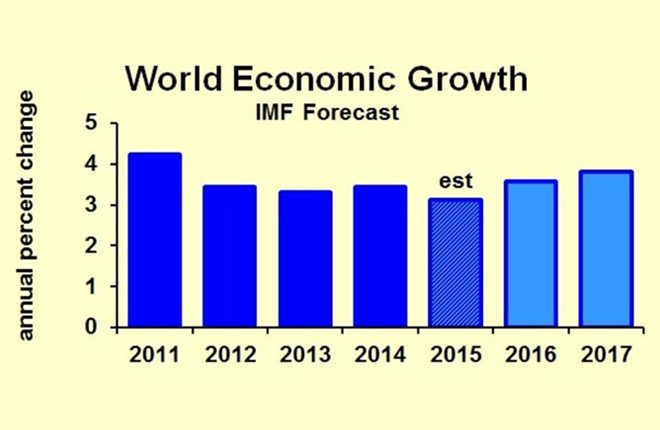 Global economic output is expected to improve in 2017

(SKNIS): Prime Minister and Minister of Finance, Dr. the Honourable Timothy Harris, reflecting on the most recent publication of the International Monetary Fund (IMF) World Economic Outlook, said that the global output is expected to improve in 2017 that will impact positively on the performance of St. Kitts and Nevis.

Prime Minister Harris was at the time presenting the 2017 Budget Address on Wednesday, December 07.

Dr. Harris noted that whatever happens in countries such as the USA, Japan, China, Germany, United Kingdom and Canada will have significant implications for St. Kitts and Nevis.

“Because we are so much intertwined in the international economy that in a true sense if they sneeze we catch their cold and if they prosper some of that prosperity becomes a shared public good in the context that we are inextricably intertwined with those countries,” said the finance minister. “This outlook is tempered by concerns regarding major political changes, the trend towards inward-looking policies in some developed countries, sluggish growth in advanced economies and ongoing adjustments towards new global standards.”

The minister of finance, still referring to IMF’s World Economic Outlook, said that advanced economies are projected to record a slowdown in economic activity in 2016 with their growth expanding a mere 1.6 percent which represents a decline of just after half of one percent compared to 2015.

He commented on the economies of the Eastern Caribbean Currency Union (ECCU), noting that a slowdown in economic output was recorded in 2015 at 2.6 percent. He added that growth within the Organization of Eastern Caribbean States (OECS) sub-region in 2015 ranged from a contraction of 3.7 percent to an expansion in economic activity of about 5 percent, adding that St. Kitts and Nevis led its peers at the top of the economic class.

The IMF’s World Economic Outlook states that global growth is projected to slow to 3.1 percent in 2016 before recovering to 3.4 percent in 2017.