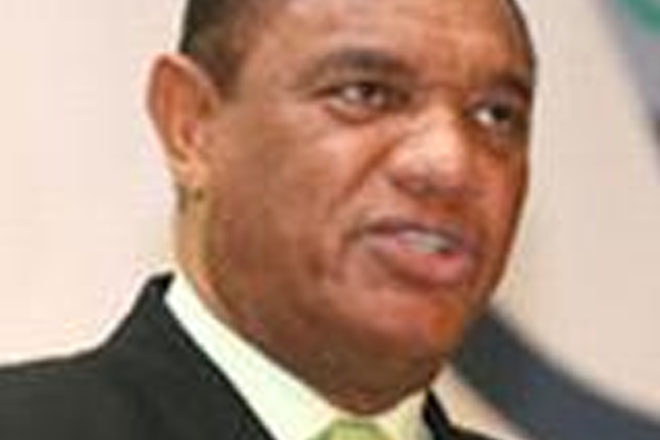 Nassau, Bahamas — Opposition leader Dr Hubert Minnis said on Sunday he was “dumbfounded” when he heard Bahamas Prime Minister Perry Christie say “to hell” with journalists in the country.

“The words that ran through my head cannot be printed,” said Minnis, who was in Exuma canvassing support for the Free National Movement.

“The only thing I can ask is what was in his head when he said that? Was he having a special moment?”

“He has no respect for democracy as has been proven by the (2013 gambling) referendum.

“The journalists represent and they are to maintain democracy. It is their job to ensure that democratic process prevails in any country.”
During a speech before journalism students at The College of The Bahamas last Thursday, Christie lashed out at the media personalities he claimed are calling for his resignation.

Christie said journalists are “supposed to be writing about, talking about how to get this country to know its journey”.

“Many journalists don’t have the time for it,” he charged.

“It is better to say, ‘well, Christie should resign’. Well, resign my foot.

“When I was going around Centreville for eight consecutive elections none of them were there.

“When I was talking to the people who voted for me, none of the journalists were there with me.

“When I promised them (constituents) I would do my best to help them, none of them were there.

“Their judgment as to whether I am doing my best, to hell with them.”

Progressive Liberal Party chairman Bradley Roberts declined to comment on the matter when called on Sunday.

Minnis spoke before the same group of students a week before Christie.

During his speech, Minnis stressed the importance of the fourth estate and its role in holding the powerful accountable.

Christie has come under fire for not firing MICAL MP V. Alfred Gray over his alleged interference in a judicial matter.

Gray has resigned as local government minister but still serves as minister of agriculture and marine resources.

The matter is under police investigation.

“It shows that this is a government that believes in cover-ups and [it does] not want the media or any other entity to bring to light the truth of what is going on or what is not going on,” McCartney said.

“The prime minister ought to welcome the media.

“The country ought to welcome the media.

“…The closest thing we have to freedom of information, quite frankly, is the media.

“I want the media to remember those words of the prime minister because for the leader of the country to tell freedom of press, freedom of speech to go to hell, that is what it equates to.

“That is a problem and that is concerning, very concerning.

“…He is telling democracy to go to hell.”