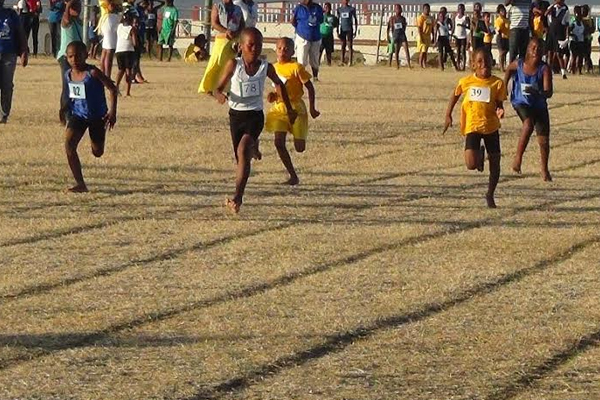 Gold house won the march past which saw all of the houses, complete with pom-poms in an impressive display.

Also assisting in the entertainment of the sizeable crowd, were the fun races such as lime and spoon, sack races and obstacle races.

The most inspirational race of the day however, involved the physically challenged Duwani Hicks who convincingly won the first ever wheel chair race against two volunteers

The children were given their medals immediately after the completion of the races, compliments of Dr. Guilbert Daniel who is originally of Cox Village, who provided all of the medals for the school..

There was a power glitch towards the end of the meet and so the final scores were not available last evening. However, the final placements were confirmed as follows: