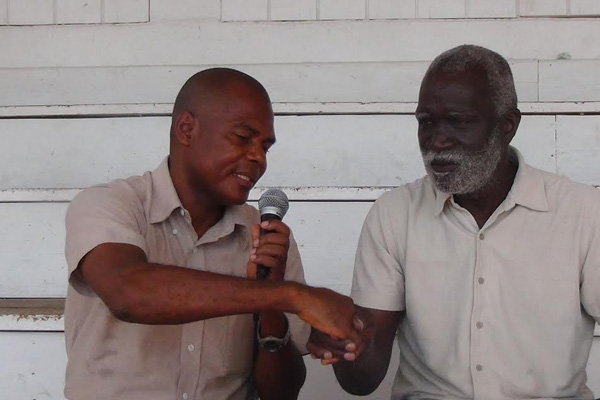 Sports Page — Clinton SWANY Swanston is adamant that the proposed Golden Masters’ series Cricket league will be a huge success.

SWANY who has played for the Nevis Masters’ team noted in an interview on Thursday that he has observed over the past few years that the older Masters who were the pioneers for Nevis Masters’ cricket, are being ‘left in the wind.’

He pointed out that the reality really sunk in when during the last Leeward Islands tournament held in Nevis, he noted that the basic make up of the team, was the set of players who helped Nevis through that successful era in the 1990’s.

He noted that there was nothing really wrong with that type of bonding as he realized that the players would love to stay together, but because of that, the more seasoned campaigners, are being left out.

In light of this, SWANY is proposing to host a Golden Masters’ Series Cricket league which is set to commence sometime between mid October and November.

He stated that he has made appropriate contact with the Youth and Sports Department as he is soliciting their assistance with securing grounds; preparation of pitches and assistance with umpires.

Some years ago, SWANY initiated a similar tournament which created much excitement at the Ramsbury grounds. Two teams from St.Kitts participated and helped to heighten the standard of the tournament.

SWANY is confident that he will get enough players who are over fifty years of age to participate in what can be referred to as a Parish competition.

The basic qualification for all participants in the league, is that they must all be fifty years and over—well, except for the Primary schoolers involved.

‘There will be no bending of the rules,’ he stated confidently.

He is further proposing that the grand trophy which will serve as the winning prize, should be named in honour of the Hon. Vance Amory, Premier of Nevis, who made it as far as the President’s X1 team.

SWANY is also confident that he will feature in a big way with the ball and noted that one individual has already told him that he wanted to play against him but stated that he did not want the individual to ‘embarrass himself.’

SWANY is confident that the tournament will draw huge crowds and has put a system in place to ensure that the senior players are not overworked , as each team has the option of adding two Primary school students to their team.