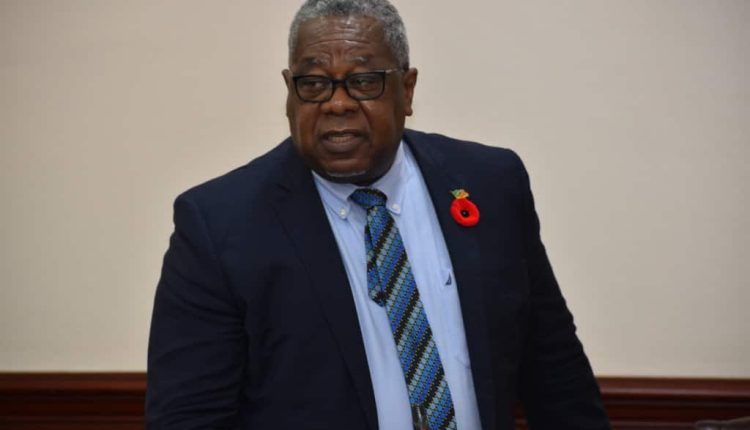 Basseterre, St. Kitts, February 17, 2022 (SKNIS): The principle of good governance remains at the core of the Team Unity Government as they continue to push forward the prosperity agenda to uplift the people of St. Kitts and Nevis.

Attorney-General and Minister of Justice and Legal Affairs, the Honourable Vincent Byron Jr. said that for the past seven years, the Team Unity Administration has believed in the rule of law.

“We have upheld and continue to uphold the universal principles that the government and its officials and agents are accountable under the law; that the laws are clear, publicized, stable, fair and protect fundamental rights including the security of persons and their property; that the process by which the laws are enacted, administered and enforced is accessible, fair and efficient; and that access to justice is provided by competent, independent and ethical adjudicators, attorneys or representatives and judicial officers who are sufficient in number, have adequate resources and reflect the make-up of the communities they serve,” said Attorney-General Byron on the Tuesday, February 15 edition of Leadership Matters.

Minister Byron Jr. noted that the Team Unity Administration has achieved a lot over the last seven years with respect to the administration of justice.

“Since 2015, we have enhanced the administration of justice with the addition of a second high court judge in Basseterre and constructed a second judicial chamber which allows the dedication of a judge to civil court matters and a judge to criminal court matters. This has worked very well in reducing the backlog of cases and creating a better access to justice for all,” said the attorney-general.

The attorney-general said that the application of new technologies has played a critical role in the administration of justice, especially during COVID-19.

“Under our watch, the use of technology such as the Electronic Litigation Portal used for filing matters in court and Zoom virtual hearings especially under the COVID-19 pandemic that we have had, have continued to pay dividends,” he said. “Mediation services have also improved with the significant increase in trained court-connected mediations and we urge and encourage more of our citizens to take advantage of this alternative dispute resolution mechanism in which to settle their disputes in a timely and cost-effective manner.”

Currently, there are three chambers in the Magistrate Court in District A in Basseterre and two chambers in District B – Sandy Point and Dieppe Bay. Additionally, a night court was introduced in the Federation to “allow litigants in certain matters…” to attend evening court and “avoid having to take time off from work during the day.” Equally important, the government continues to provide assistance to the less fortunate through the St. Kitts-Nevis Legal Aid and Advice Centre.