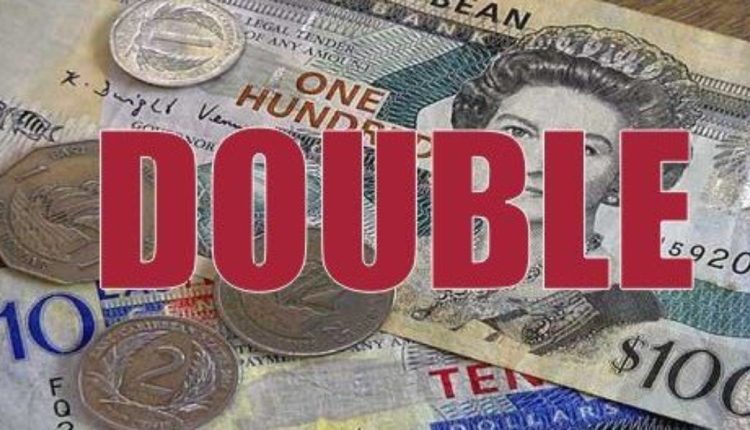 Basseterre, St. Kitts, October 03, 2019 (SKNIS): For the fourth consecutive year, the Government of National Unity has committed to pay a bonus salary in December 2019, an unprecedented move that showcases the sterling stewardship of the economy under the leadership of Prime Minister and Minister of Finance, Dr. the Honourable Timothy Harris.

The announcement was made on Thursday, October 03 during the Prime Minister’s monthly press conference held at the Parliamentary Lounge in Government Headquarters. The double salary will apply to all employees of the Federal Government and Statutory Corporations.

This is as a result of the strong fiscal position achieved by the Government of National Unity in St. Kitts and Nevis since 2015.

“Even after paying off Labour’s IMF debt and with improved fiscal management we were able to pay double salary to public servants and Statutory Corporations in St. Kitts and Nevis in 2016, 2017 and 2018. And I commit to pay again in 2019, God’s willing,” said Prime Minister Harris.  “Four times in a row.  No other government in the history of St. Kitts and Nevis has done what our Team Unity Government is doing.  Four double salaries back to back.  It has not been done in America, Canada or England nor anywhere else in the Caribbean.  Only in St. Kitts and Nevis and only under a Team Unity Government,” he added

“We do this and we still are in surplus. We paid the $100 million last year to reclaim land from the Douglas land-for-debt swap arrangement to make this land available to the people of Cayon, Lodge, Sandy Point, Fig Tree and Ottleys.  The people of our great Federation work hard and deserve these opportunities, which are being provided by the Team Unity Administration,” he stated.