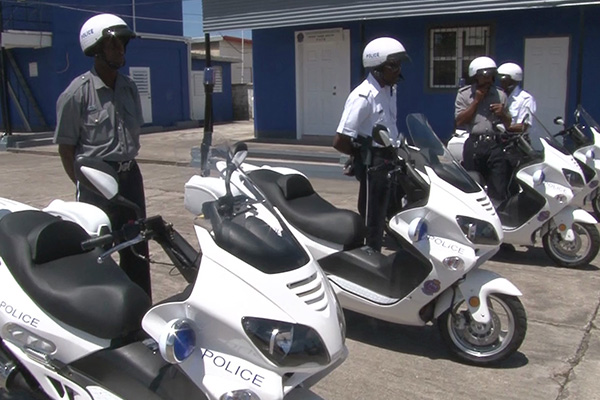 Basseterre, St. Kitts (SKNIS): Against the backdrop of an 18.3 percent reduction in crime between the period January to October 2013, Prime Minister the Right Honourable Dr. Denzil Douglas outlined that greater emphasis will be placed on training for law enforcement and engaging at-risk youth in the next year.

While delivering the Budget Address for the fiscal year 2014 on Tuesday (December 10), Prime Minister Douglas indicated that his Government’s “broad based approach to [boost] capacity building” in order to enhance the knowledge, skills and abilities of security personnel will continue through partnerships with local regional and international agencies.

Most of the recent tactical courses were attended by members of the police force, defence force and customs department while training on methods of preserving and retrieving evidence from victims of crime also welcomed personnel from the medical and legal fields.

“Effective crime fighting requires a multi-agency approach,” Prime Minister Douglas emphasized. “Being fully cognizant of this the Anti-Crime Unit will continue in 2014 to strengthen its collaboration with the Customs and Excise, Social and Community, and Education Departments. Investment in the training and development of our security officers has been a priority of the Anti-Crime Unit and so significant resources continue to be devoted to this activity.”

The Prime Minister also revealed that 10 programmes to engage youth at-risk have been implemented by public sector agencies as well as community based and non-governmental organizations this year.

“During 2014 the focus will continue to be on at-risk youth,” he stressed. “Officers will be placed at certain schools to curb gang recruitment and to deter incidences of school violence.”

Prime Minister Douglas commended personnel in the Anti-Crime Unit as well as members of the Royal St. Christopher and Nevis Police Force and St. Kitts-Nevis Defence Force for developing and executing the strategies that contributed to the continued reduction of crime. He pledged that his Government “will continue to intensify its crime fighting and security efforts and modernization of the judicial framework” to maintain the momentum.