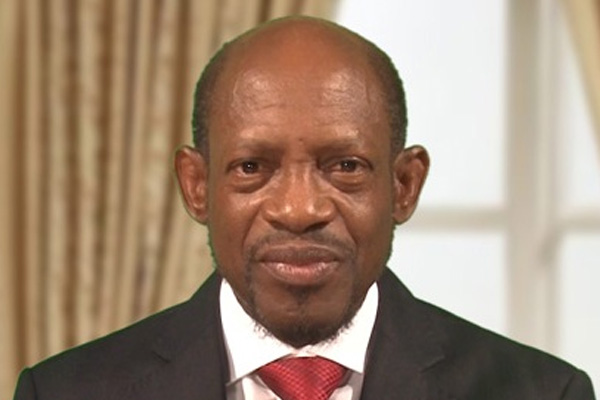 Basseterre, St. Kitts (CUOPM) — Commonwealth nationals living in St. Kitts and Nevis will be protected in exercising their right to vote as is enshrined in the Constitution of the twin-island Federation.

This assurance has come from St. Kitts and Nevis’ Prime Minister the Right Hon. Dr. Denzil L. Douglas following death threats and verbal attacks on Nigerians by operatives of the Unity Party led by the Hon. Dr. Timothy Harris, the self-appointed political leader of the recently-formed People’s Labour Party (PLP).

Responding to the concerns on the threat made on WINNFM’s “Voices” programme last week by a UNITY supporter, Prime Minister Douglas said his governing St. Kitts-Nevis Labour Party (SKNLP) will protect both residents and other nationalities.

“You will be protected as any other citizen of St. Kitts and Nevis, as long as you are a Caribbean National and as long as you are a law abiding legally bound person here in St. Kitts and Nevis. Have no fear, because this government under my command and control; this government which I have the opportunity and the privilege to lead as a servant of the people, we will do all that is within our power to ensure that you are protected; that your right to vote is in fact enshrined within the constitution and you have no fear at all in carrying out your mandate,” said Prime Minister Douglas.

He said the Cabinet has been discussing the length of time nationals of other countries who are resident in St. Kitts and Nevis, have to live in the Federation before obtaining citizenship.

“We have already revisited the number of years for you to be here to become a legal resident. We have reduced it from seven years to three years. It is presently 14 years for you to become a citizen of St. Kitts and Nevis and we at the Cabinet are presently discussing this matter to see how our Caribbean nationals in particular, can become citizens of St. Kitts and Nevis after being resident for seven continuous years,” Prime Minister Douglas disclosed.

Dr. Douglas said human resource is very important in order to advance the development of St. Kitts and Nevis and to ensure that the skills that “we need to move our country forward if not native born, would in fact be available by tapping into our own brothers and sisters from the Caribbean region.”

“This is the policy of this administration,” Prime Minister Douglas said.

Unity Party leader Dr. Timothy Harris has been openly critical of Caribbean nationals living in St. Kitts and Nevis and has accused some of them of “banging water to come here.”

He has also criticized Cuban-trained university graduates accusing them of exporting communism from Cuba on their return home as professionals in several fields including medicine, nursing, engineering, architecture and economics.