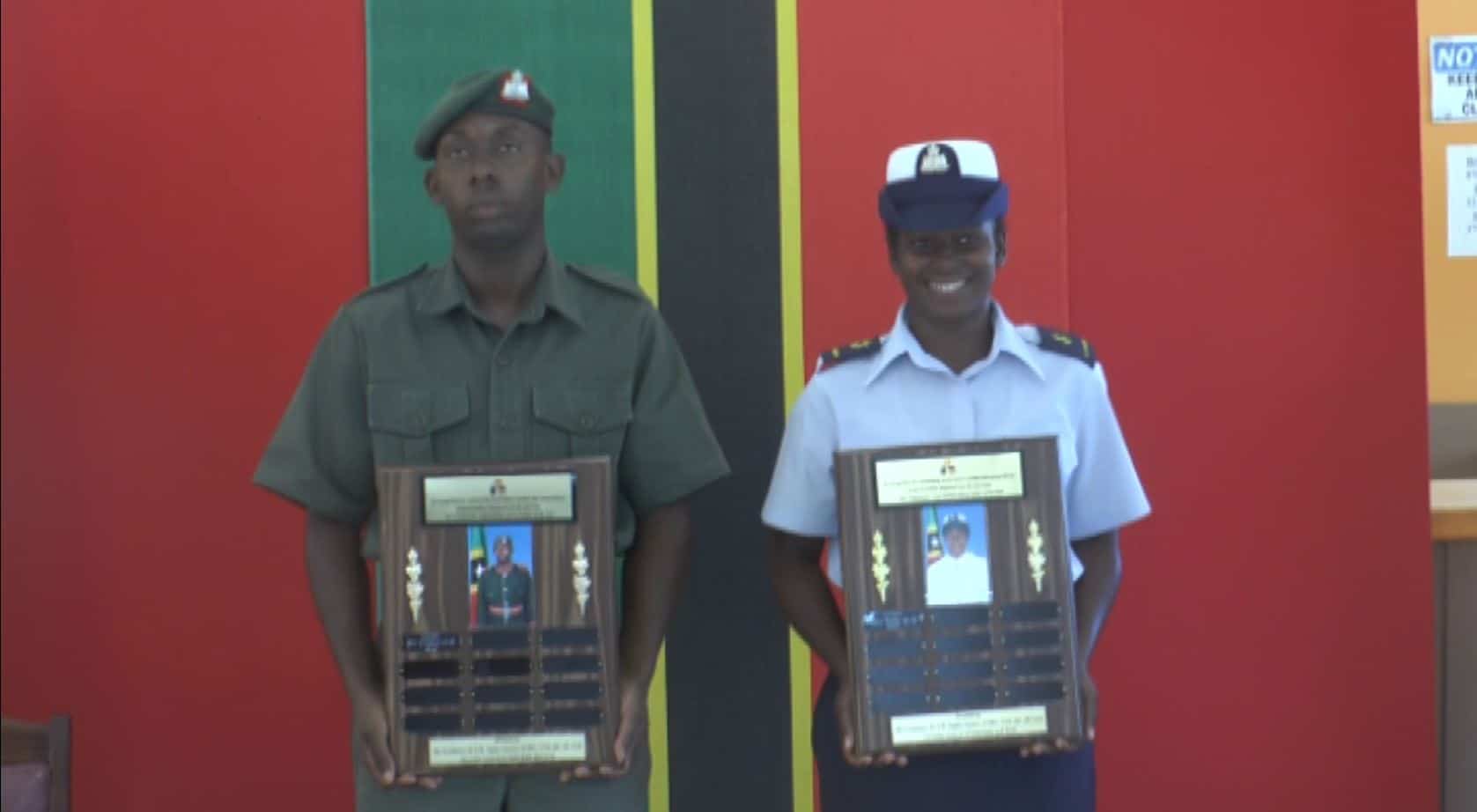 Basseterre, St. Kitts, August 24, 2020 (ZIZ News):Two soldiers of the St. Kitts-Nevis Defence Force were recognized for their achievements in the force during a short ceremony on Monday at the Defence Force camp.

The awards were commissioned by the Governor General His Excellency Sir S.W Tapley Seaton GCMG, CVO, QC, JP, LLD and recognized a sailor and soldier of the year.

During his remarks the Governor General explained why he initiated these awards.

“Sometime after becoming governor general I said that I wanted to recognize through a personal award….members of the defence force who perform well because I feel there is always the need for an incentive or reward so I very pleased today to initiate and inaugurate the first such award and to recognize the awardees and to congratulate them in advance,” he said.

Commander of the St. Kitts-Nevis Defence Force, Lt. Col. Anthony Comrie congratulated the two awardees and encouraged them to continue their hard work.

“Awardees I offer my sincerest congratulations to both of you for having emerge best among your peers. I want to encourage you to continue working hard and don’t rest on your laurels, you are the future of the military and today the military need more leaders like you.”

After a brief account of each soldier’s achievement in the force, they were awarded plaques presented by the Governor General which the Commander said will be displayed in the soldier’s mess hall.