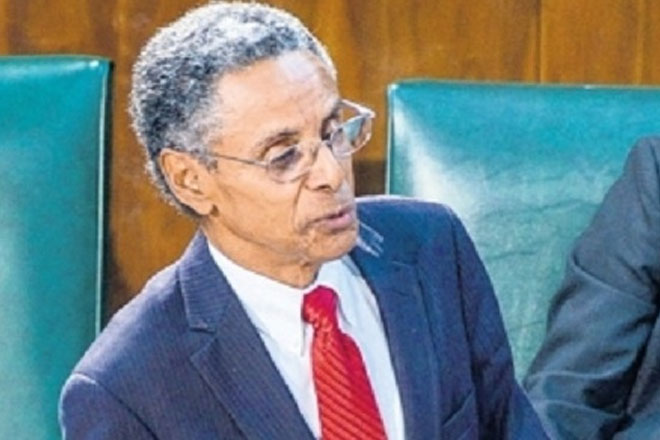 Kingston, Jamaica — Amidst protest action from some members of the Jamaica Constabulary Force to the Goverment’s five per cent wage offer, an injunction was late Tuesday obtained by the Attorney General against the Police Federation.

See statement in full below:

The Attorney General of Jamaica wishes to advise that an injunction was tonight obtained from the Supreme Court against the Executive Members of the Jamaica Police Federation and all members of the Federation.

Pursuant to the Order of the Court permitting the order to be broadcast over a commercial broadcasting system operating in Jamaica, or by publication in at least one daily newspaper circulating in Jamaica, the Attorney General now publishes the terms of the order as follows:

The Respondents be appointed to represent the members of the Jamaica Police Federation.

The Respondents be restrained from continuing any industrial action in the form of withholding their services or otherwise.

A mandatory injunction instructing the members of the Force who are withholding their services by way of “sick out” and/or other industrial action to report for their shifts/for work as and when scheduled or due to do so until further order of the court or for a period of twenty eight (28) days whichever is earlier.

The Order herein be published, either by broadcasting same on at least two separate occasions over a commercial broadcasting system operating in Jamaica, or by publication in at least one daily newspaper circulating in Jamaica and that this be deemed service of Notice of the said Order on the Respondents and all the said members of the Jamaica Police Federation.

The application will be further considered by the Court on the 18th day of June 2015 at 10:00 am or so soon thereafter as counsel may be heard.

The Attorney General reminds the Executive and Membership of the Jamaica Police Federation that failure to comply with the terms of the Supreme Court Order will result in them being in contempt of court and liable to having their assets being confiscated.