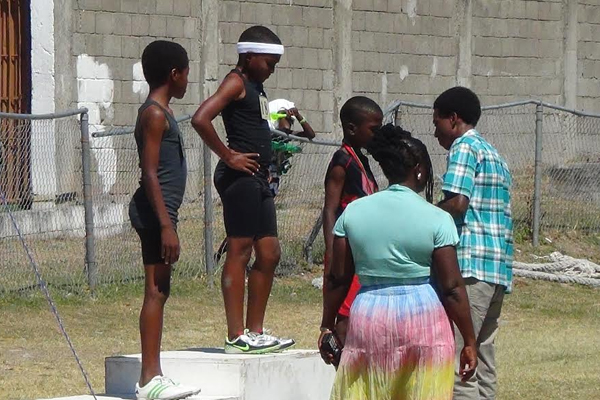 Carlon Tuckett, as expected was the biggest draw on the day, along with Ammani Williams—both of whom are expected to feature in a big way, come Inter Primary 2014.

There were also several fun races which included, ‘late for school’ and fill the bucket races.

At the end of the day, the results were as follows: