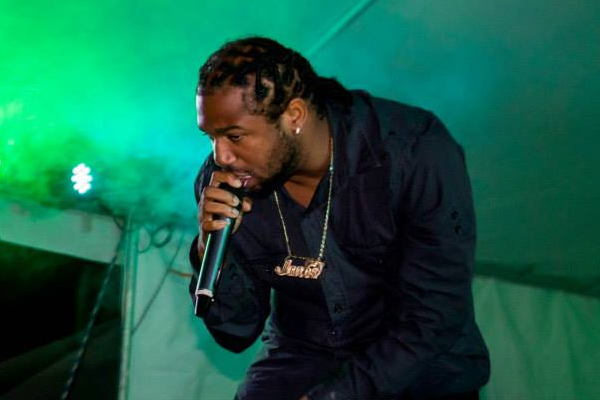 Seventeen local artists entered the semi finals but only ten are moving on to face defending Groovy Monarchs Delly Ranks and Meeko in the finals.

Mr. Bagnall came out with a strong performance to lead all scores in the semi-finals. With his song ‘Carnival Boss’, Mr. Bagnall secured 197 points at the end of the competition to book his finals spot.

In his first appearance in the soca competition, the lead singer of the popular Nu Vybes Band International, Mr. Mention ended the night with 190 points. He performed to the song, The Explanation.

Well-known female Calypsonian Lady Diva also entered the competition and did very well. She finished third among the competitors with 188 points while performing her song, Home Sweet Home.

Singing her song ‘Addictive Whine’, Foxy finished with a total of 185 points to also secure her finals spot.

Two Nevisians, Eazi singing ‘Monster in Your Bed’ and Ladonna with ‘Feting Hard’ claimed the fourth and fifth spots in Friday’s semi-finals.

Performing to their song, ‘Whining’ Globe and DC took the seventh position with a total of 158 points.

The other three finalists, Fantastic Tunda with ‘Move Out’, Richie Buntin with ‘Ah Playing Me Mass’ and Jeezy Sparta with ‘Hey Gal’ were all tied with 157 points.

Both finals are scheduled for Friday, December 19th.