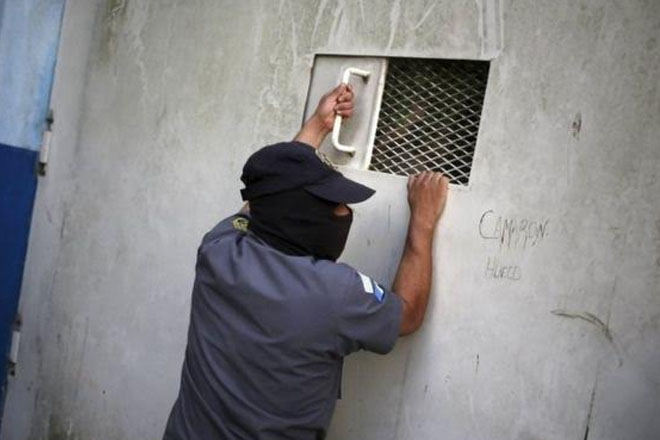 (BB) Guatemalan prison officials say the number of people killed in a fight between inmates has risen to 16.

Police have not yet been able to retake control of the prison in the town of Escuintla, about 60km (37 miles) south of the capital, Guatemala City.

Officials said they would wait for reinforcements before entering the jail as the security forces were currently outnumbered four-to-one by the rioters.

The jail is notorious for overcrowding and violence.

About 2,300 inmates are currently engaged in a stand-off with 500 members of the security forces, Deputy Interior Minister Elmer Sosa said.

The minister confirmed that some of the inmates had guns.

Mr Sosa said that there were conflicting theories as to what had triggered the violence.

He said there were reports that convicted gang members had clashed with inmates without any gang affiliation after visiting hours on Sunday.

Local media are reporting that the inmates may be holding a number of visitors hostage.

But Mr Sosa said another possibility was that inmates had turned violent after guards had foiled an attempted prison break.

Earlier this year, guards scuppered another escape attempt when they discovered a tunnel underneath the prison.

The exact number of people injured in Sunday’s fight is not yet known, emergency workers at the scene said.

Members of violent street gangs make up the bulk of Guatemala’s prison population and deadly gang warfare inside prison walls is not uncommon.

Severe overcrowding makes it hard for guards to control the prisoners – who are often heavily armed with home-made weapons as well as firearms smuggled into the jail.