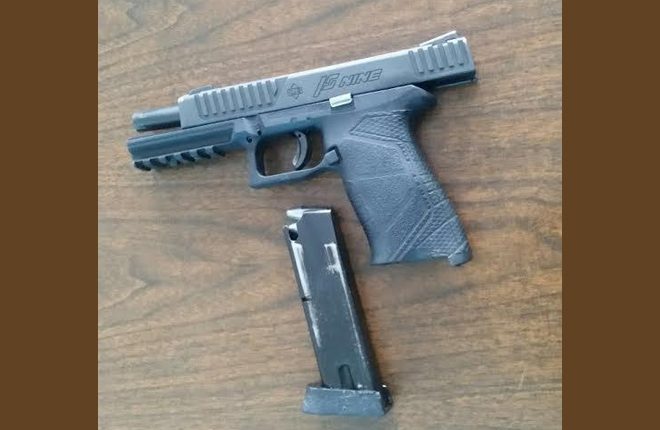 (ZIZ News) — A stop and search operation executed by law enforcement on Tuesday has led to the seizure of another illegal gun.

According to a police report the police searched a motor vehicle along the island’s main road in the West Farm area and found one “p” nine 9mm pistol and eleven rounds of ammunition.

Thirty “dime” bags of cannabis were also seized during the stop.

Two persons are in custody.

This is the 28TH illegal gun confiscated by police for 2016.