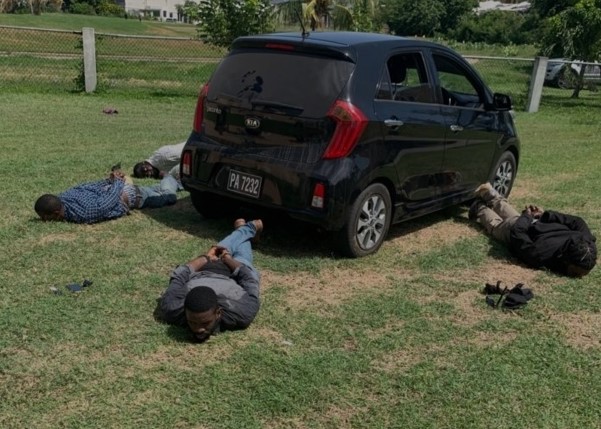 Guns Seized In Robbery Not Destroyed

Basseterre, St. Kitts, September 29, 2020 (ZIZ News): Commissioner of Police Hilroy Brandy says the guns used in an armed robbery at Frigate Bay this month were not among those destroyed on Monday.

Commissioner Brandy told ZIZ that the guns being destroyed were mainly those turned in from the peace initiative and explained why the weapons used in the robbery were not destroyed as well.

“In the Frigate Bay raid, with the armed robbery, four weapons were recovered; those weapons are still in police custody being analysed and they are being preserved for evidence in court later this year.”

On Wednesday September 16th the police responded to a report of an armed robbery taking place in the Frigate Bay area which led to four males and four firearms being taken into Police custody.

The four firearms, one Diamondback .380 pistol one Taurus Millennium Pro pistol and two Mac-9 high-powered pistols, brought the total number of firearms seized by the police this year to seven.