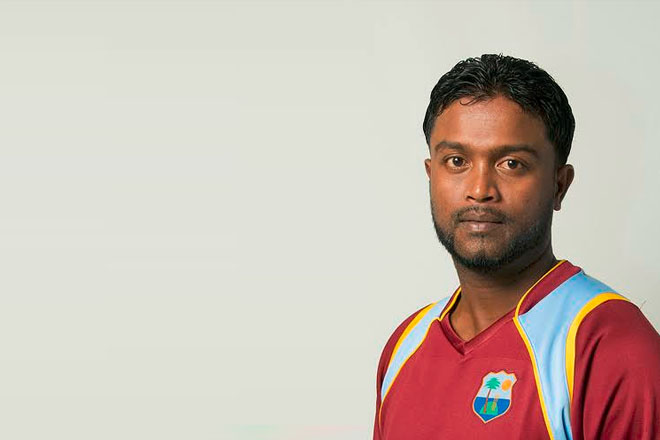 Couva, Trinidad — New Red Force signing, Narsingh Deonarine has expressed his delight in joining the Trinidad and Tobago franchise and is confident of his new team winning the West Indies Cricket Board Regional 4-Day tournament.

The exciting all-rounder joined the Red Force after the Trinidad and Tobago Cricket Board (TTCB) negotiated a trade with the Leeward Islands Cricket Association (LICA) in exchange for the services of opening batsman Nkrumah Bonner.

“I am very happy and delighted about being selected for the Red Force because it has been a challenge for myself and my family when playing for Guyana in terms of the new setup of Caribbean First Class cricket.

“Being contracted and my family being in Trinidad were very difficult. My two children are two years and eight months old. My son is now starting school so my wife and I put a lot of thought into it and I decided to move over to Trinidad.

“I was lucky that Trinidad was able to get me with the swap with Bonner so I am very happy to be a part of the Red Force squad,” said Deonarine.

He said that his wife Aneesa, who is the daughter of former West Indies and Trinidad and Tobago mystery spinner, Inshan Ali is overjoyed that he is in Trinidad representing the Red Force.

“My wife is very happy because Trinidad is her home and I will be here to help raise our family. When I played for Guyana she always said that she wanted me to do well, but that she remains a Trinidad and Tobago supporter. Now she can support me and the team I play for,” said Deonarine confidently.