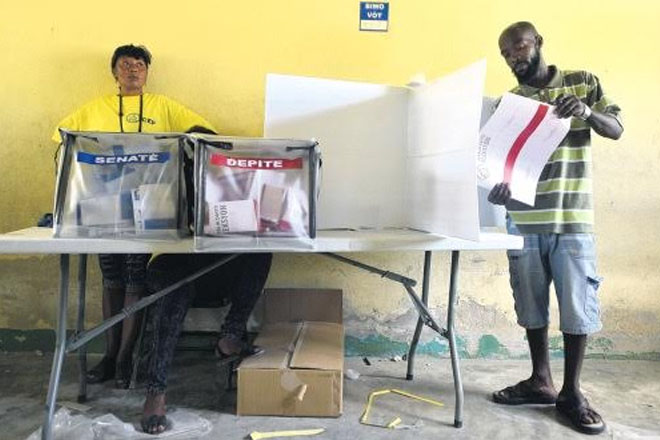 The PHTK party won more than 30 mayoral races, including Port-au-Prince, the biggest prize of the country’s 140 municipalities.

The October 25 elections were delayed for three years because of a political impasse between President Michel Martelly and the opposition.

As mayors reached the end of their terms during that period, they had been gradually replaced with interim agents named directly by the presidency.

Despite the PHTK’s strong showing, the results showed how fragmented politically the country has become, with mayors elected from about 30 different political parties.

Participation also was extremely low. Port-au-Prince, a city with more than 500,000 eligible voters, was won by the PHTK candidate with a little more than 10,000 votes.

The candidates and parties have 72 hours to challenge the results published by the provisional electoral council.

Winning candidates will take office only after any challenges are ruled on by electoral tribunals.

After being mired for years in a political crisis that kept any elections from being held, Haiti has been on an electoral marathon this year, holding presidential, legislative and now finally these municipal elections.

Ruling party candidate Jovenel Moise and Jude Celestin face off December 27 in a runoff for the presidency.

Since the end of the Duvalier dictatorship in 1986, Haiti has been jolted by coups and contested elections that have further undermined the economy of the region’s poorest country, which is still recovering from a devastating 2010 earthquake that claimed more than 200,000 lives.