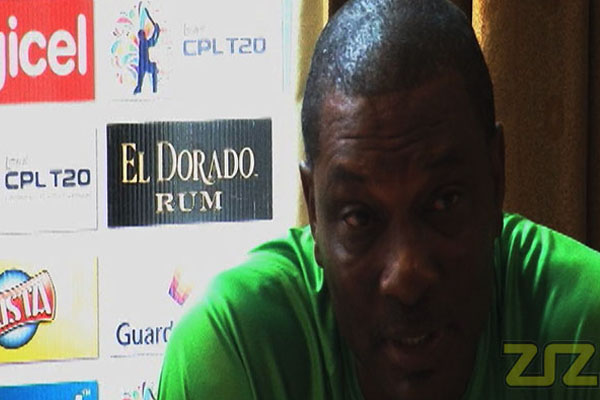 (ZIZ)– Roger Harper, coach for the Guyana Amazon Warriors has said that the Caribbean Premier League T20 Cricket Tournament currently being played in St. Kitts can only do good for West Indies cricket.

Harper was speaking at a press conference held at the St. Kitts Marriot Resort on Tuesday morning.

According to Harper, coming out of the CPL tournament, the region can expect a stronger and more consistent West Indies team.

“I think certainly the CPL has brought a sense of excitement back to cricket in the Caribbean and you know a lot of youngsters have been certainly attracted to the game and we hope that we will inspire them to play and certainly we’ll see new talent coming through. The spectators are very enthused by the quality of cricket and the excitement produced on the fields so that can only be good for West Indies cricket going forward. We look forward to our West Indies team being stronger, more consistent and producing better results on a regular basis for us and we hope that this will help them to do so,” he said.