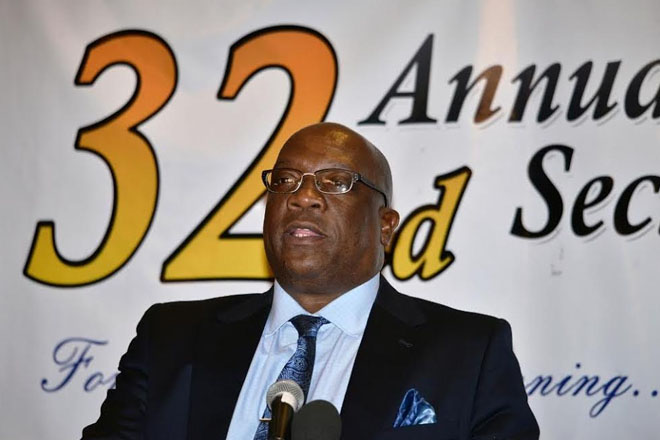 (ZIZ News) — Minister of National Security, Dr. Hon. Timothy Harris told the nation, on Tuesday, that considerable progress had been made to reduce serious crimes in St. Kitts and Nevis.

Notwithstanding, the National Security Minister said he remained concerned about the number of homicides and gun-related incidents.

“Although homicides are unacceptably high, since the launch of our Six Point Plan, the homicides rate dropped from an average of about three homicides per month to now one. We certainly would wish to bring this to zero,” he said.