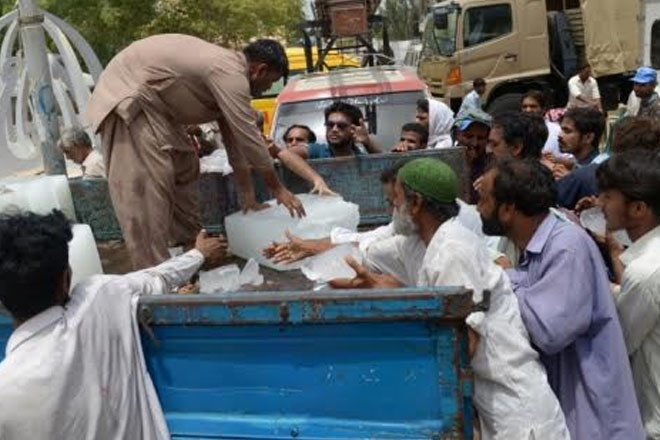 Karachi, Pakistan (AP) — The devastating heatwave that struck southern Pakistan last weekend is slowly subsiding but the toll was still climbing Thursday, to a total of 860 confirmed deaths, a senior health official said.

Jam Mehtab Hussain, the provincial health minister in the southern Sindh province, said people were still being admitted to hospitals with heat-related ailments — though in smaller numbers than in previous days, when dehydrated patients lay in hospital corridors and outside on the streets as overwhelmed medical staff struggled to cope with the disaster.

Ahmad Kamal, a spokesman for the National Disaster Management Authority, said authorities were providing free medical treatment to people in Karachi, the capital of Sindh province. He said the situation was improving due to lower temperatures.

TV footage showed ambulances transporting heatstroke patients to various hospitals in Karachi, where people continued holding small rallies against power outages, which had exacerbated the effects of the heat wave.

The heat wave was the worst seen in the city since 1979, officials said, and came as Muslims were fasting from dawn to dusk for the holy month of Ramadan.

The drinking of even a single drop of water invalidates the fast, but Muslims are also encouraged not to fast if they are sick or if doing so would cause serious physical harm.

Mohammad Ayaz said he and other Karachi residents were struggling to stay cool, with hundreds of people sleeping outside because of long power cuts.

Wakil Ahmed, another resident, said the weather had improved from previous days, when it was so hot it became difficult to breathe. He said Thursday brought clouds and a slight breeze.

Karachi is home to some 20 million people and has long suffered from an inefficient power grid and a shortage of potable water.