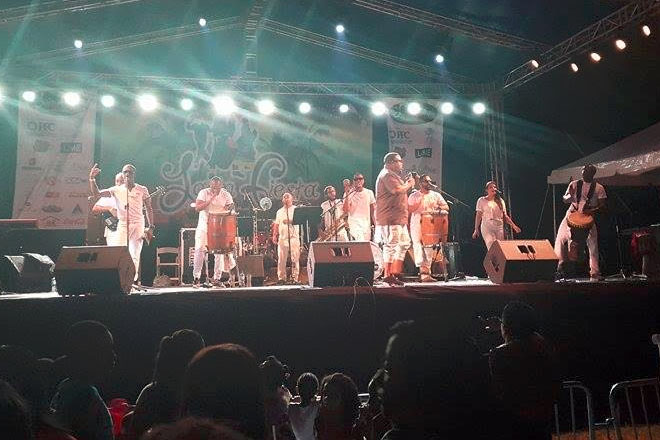 Scattered showers did nothing to dampen the Mexican infused atmosphere.

Special Envoy in the Ministry of Culture, Jonel Powell commended the event’s organisers for changing the location to Basseterre.

“A new location I think it’s a good choice. To be able to bring it back into town to be more accessible to everybody, it’s something new for us. The food, the drinks, the atmosphere is amazing as usual,” Powell said, adding that he hopes the event is not just maintained but improved upon.

Many persons, including Nick Menon, expressed enthusiasm at the fiesta’s progression.

“I’m really happy to be here at the Latin Fiesta for another year. Today is Mexico night and the food and the drinks and the general celebration is fantastic,” he said.

Ahead of the fiesta on Sunday, major activities for the overall festival included a Mexican Movie Night at Caribbean Cinemas and a theatrical production at the Nevis Performing Arts Centre.