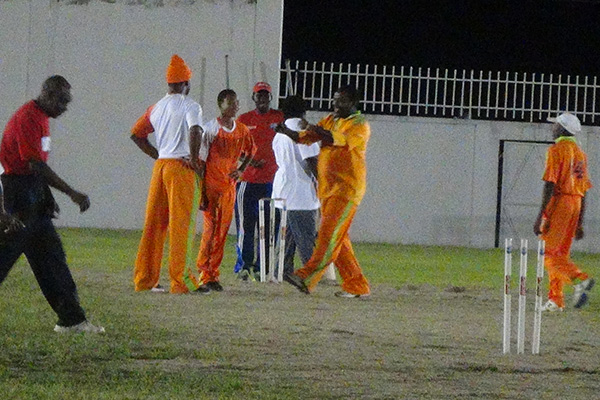 Highlights won the toss and batted first but lost the early wicket of Wendell Wallace who was run out attempting a cheeky single. However, Ardie Liburd batted through, ably assisted by Winston Sutton and later Winston Pemberton who teamed up to hit the ball to all parts of the ground.

Highlights eventually getting to an imposing 125.

The Warriors were off to a slow start but later gained momentum with the welcome addition of all of 26 wides and some power hitting by Dequan Griffin and Jasebo Lawrence.

Griffin probably played the shot of the match. A screaming off drive which came right out of the screws and left the man on the deep extra cover boundary flat footed.. He followed it with maximum which landed flush on the boundary rope.

Lawrence for his part, took a particular liking to the bowling of Velly Maynard who bowled the final over of the game.  The first three deliveries were struck for 4, 4 and 6.

Maynard however rebounded to snare his wicket and added another before the over was completed.  Warriors getting to 88 for 8 at the end..

Another feature of the match was the wrist spin bowling of young Patricio Stapleton, a product of the grass roots program who spun webs around the batsmen.