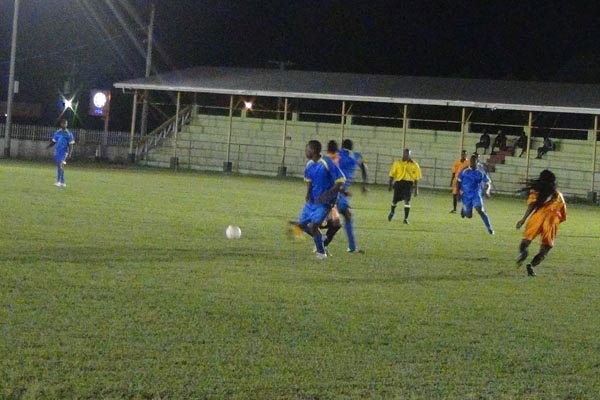 (Sports Page) The local Football league continued at the ET Willet Park on Tuesday night with an exciting double header.

In game one SL Horsfords Highlights Int dominated the early exchanges as they pressured the All Stars goal on a regular basis. To his credit however, goalkeeper Oneil DADDY SHAKES Walters came up with the goods on most occasions.

Eventually however, he was left flatfooted and the Highlights team went one up.

It seemed a foregone conclusion as Highlights soon sunk another one in the back of the net making it 2 goals to nil.

Later, the All Stars team got a consolation goal as Curtis Morton Jr was held back in the box as he charged forward. VINCIE then sunk home the penalty.

The Stoney Grove team walked away the victors of the hard fought game which saw some six goals scored.