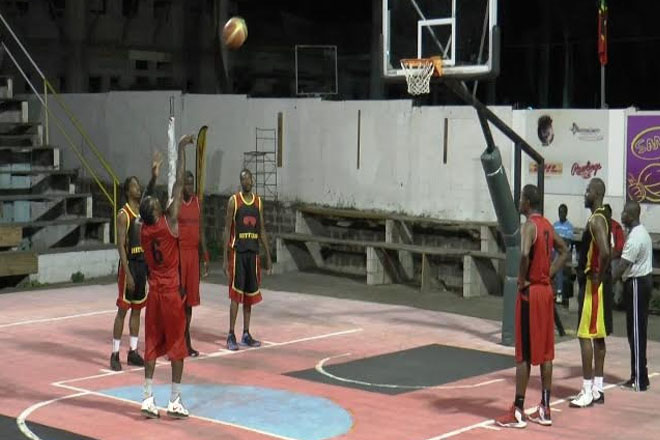 (ZIZ Sports) — The Rams’ Hitters team has ended the possibility of a sweep in the St. Kitts-Nevis Amateur Basketball Association [SKNABA] finals after defeating the Kittitian Hill St. Paul’s Tuff Knots 76 to 67.

The game started with tuff knots dominating the first two quarters, ending with a halftime score of 33 to 21 in their favour.

However, in the second half, the Hitters picked up steam and clawed its way on top, taking the victory with a nine point lead.

Leading the scoring for Ram’s Hitters were Aquin Robinson with 18 points, Daryl Lewis with 17 points, and Atumba Williams with 11 points.

For Tuff Knots, Nashorn Maynard and Karris Douglas led the charge with 14 points each, followed by Jourvette Leader with 13 points.

Hitters’ Coach, Glenn “Ghost” Phillip said the team had to address some of its mistakes which led to its loss in game one.

“We had some cleaning up to do on the offensive end and also on the defensive end. We executed most of the game plan so we were victorious tonight,” Phillip said.

He said, nevertheless, the team has some more kinks to work out so there’s still more work to be done.

“We’re going back to the drawing boards. We have to work out some of the kinks, some of the mistakes that we have made. We missed free throws again tonight. We have to definitely work on and I feel confident that we’ll be victorious,” Phillip stated.