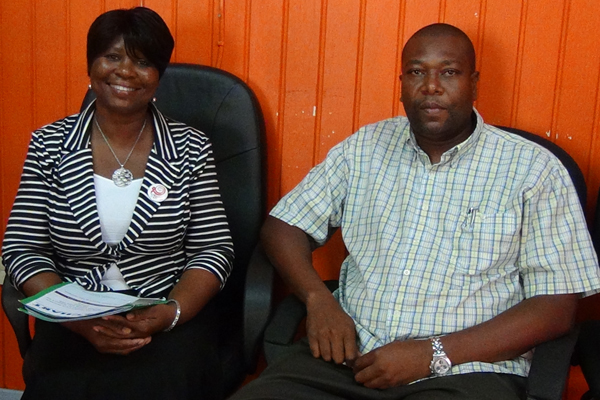 (Sports) Ms Eldina Farrell of the HIV/AIDS Unit on Nevis, confirmed on Tuesday that her Unit will be teaming up with the Drag Racing Unit on Nevis in the hosting of the final drag racing event for the year.

Mervyn Bonnet, the man in charge of the Drag Racing Unit indicated that the final race of the year will be held on Sunday December the first with the test and tune aspect of the event being held on the day before—Saturday 30th November.

He indicated that his Unit wanted to do something really special for the last event of the year, hence the initiative to partner with the HIV/AIDS Unit.

Ms. Farrell for her part was elated at the opportunity given to her Unit to reach out to another target group of vulnerable young persons.

She pointed out that her Unit will make its presence felt from anytime after 12.30 pm on the Sunday of the event and will actually have a booth set up.

She stated that her staff will be handing out literature with general information on the dreaded disease. They will also engage in counseling sessions and promotion of their free testing day scheduled for —

She was also quick to point out that significantly, Sunday December 1st will be celebrated worldwide as World AIDS day, hence the added importance of the partnership with the Drag Racing Unit. The theme for this year is ‘Getting to zero’ which indicates the goal of zero AIDS related deaths; zero new infections and zero stigma and discrimination.

She also used the opportunity to highlight some of the other events planned by her Unit, leading up to the big day:

Bonnet thanked Ms Farrell and her team for coming on board with the Drag Racing Unit for the big event and noted that the competition will be fierce as all of the top cars will be seeking to upset reigning champion, KING OF CALLE.