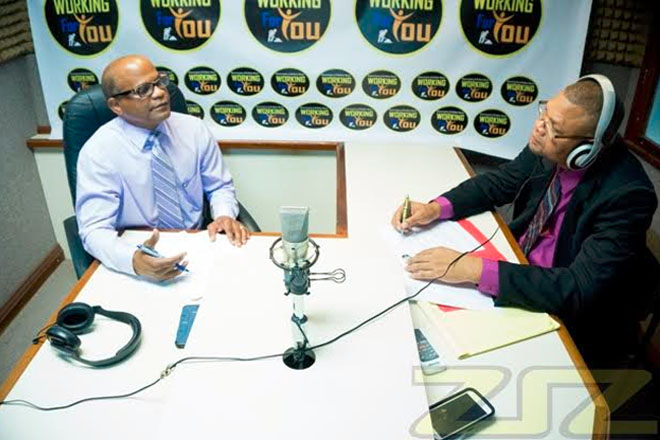 Hon. Lindsay Grant Featured As Guest on “Working for You”

(ZIZ News) – Another senior government minister has thrown support behind the newest radio programme, “Working for You”.

During this week’s edition, Tourism, International Trade, Industry and Commerce Minister, Hon. Lindsay Grant commended the show’s producers, noting that he and other leaders are able to update the nation on their work.

He said, “It really highlights the consultative nature of the Team Unity government that we in Team Unity believe in and it gives us an opportunity to talk with the people, with the host, to showcase, not only to the people of St. Kitts and Nevis but beyond, what the Team Unity Government is doing and has been doing for the last seven or eight months.”

Minister Grant also had high praise for how his Team Unity-led Government continues to serve Kittitians and Nevisians. He said their style is built on respect and compromise.

“I am part of a team they call Team Unity and it would be remise of me if I were not to add that we started out as a team but I think we ended up as a movement. I will tell you that all of us are committed to getting our country back on the right track. We put the people first over politics and I am proud to serve with my fellow Cabinet colleagues,” Grant explained.